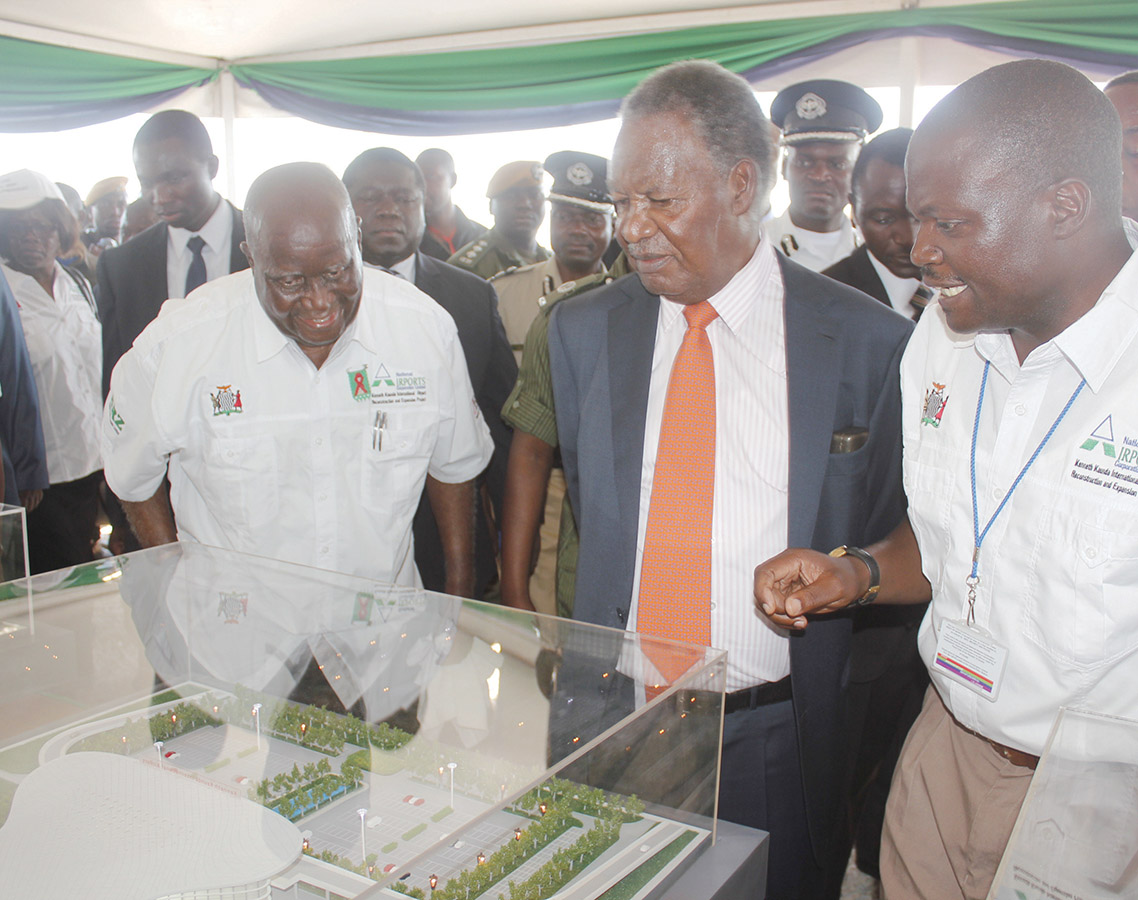 NKOLE NKOLE, Lusaka
SOON after he was sworn into office on September 23, 2011, as Zambiaâ€™s fifth President, President Sata swung into action in proving that he was a man of deeds and a man of the people.
As he was determined to demonstrate his love and consideration for the poor, Mr. Sata embarked on a number of ambitious projects across the country.
The Patriotic Front (PF) government under President Sataâ€™s leadership implemented some major roads projects through the Road Development Agency (RDA).
These projects were started with the aim of creating connectivity and accessibility in road transport as well as lowering of total transport costs.
Additionally, the projects were also implemented to reduce transit times and in the long run reduce poverty through job and wealth creation for Zambians.
The major projects and programmes started under the PF government include the Link Zambia 8,000, Pave Zambia 2000, L400 Project, the Kazungula Bridge Project, Axle Load Control and the National Tolling Programme.
President Sata initiated the Link Zambia 8,000 programme in 2012 with the aim of transforming Zambia from being landlocked into a truly land-linked country in southern Africa. The programme involves upgrading to bituminous standard of approximately 8,000 km of roads thereby linking districts and provinces throughout Zambia.
To date over 1,900 km of roads at a total cost of about K7.1 billion have been constructed under Link Zambia. The works are at different stages of implementation and feasibility studies and designs are currently ongoing on over 2,600 km of roads.
The programme aims at creating not less than 24, 000 jobs, especially among the youth and has so far created over 18,000 jobs in the road sector.
It also aims at promoting the growth of the local industry and contributing to the reduction of Road User Costs (RUCS) and transit times across Zambia with a resultant creation of economic growth poles and wealth in outlying areas of Zambia.
The Road Tolling programme, which commenced on November 1, 2013 under Presidentâ€™s Sataâ€™s leadership, has continued to provide additional revenues for road maintenance. From the time the programme commenced, a total of K180.5 million has been collected from the toll points at the weighbridge stations and ports of entry.
The L400 is a US$348 million project covering over 400km of roads in Lusaka district. The project commenced in June 2013 and is expected to be completed by January 2017.
The project is expected to help reduce premature congestion and improve drainage in the city of Lusaka. So far, a total of 20km of roads has been completed. Works are currently on-going on the planned expansion of the Burma, Chilimbulu and Kasama roads.
President Sata was also determined in his mission to provide equitable health services to all Zambians as well as specialised quality health care services. This determination saw tremendous strides made in the health sector since the Patriotic Front (PF) formed three years ago.
Part of President Sataâ€™s pledges included the upgrading and modernising of the University Teaching Hospital (UTH) into a super specialised hospital, the rehabilitation of existing wards and new surgical ward block, oxygen piping, water supply, maternity, central ventilation systems and infrastructure on Central Sterilising Supply Department (CSSD) among others.
Plans for the upgrading and equipping of Livingstone Hospital to transform it into a teaching hospital were also unveiled as well as plans for the upgrading and equipping of Ndola Central Hospital and Kitwe Central Hospital.
In addition, the PF government under President Sata prioritised the provision of essential medicines to improve the availability and accessibility of basic essential medicines for Zambians. In 2014, the budget for essential medicines such as ARVs and malaria medicines was up from US$10 million in 2010 to US$42 million in 2014.
President Sata also reaffirmed Governmentâ€™s commitment to re-organise the health sector to ensure significant improvement in service delivery in a clean, caring and competent environment in order to create a better Zambia for all.
A major highlight under his leadership in the area of health was the start of the construction of 650 district health posts throughout the country, a project which involved the construction of prefabricated structures.
Education was not a sector neglected by President Sata as under his leadership, the construction of the Chalimbana and Palabana universities in Lusaka province, and in Muchinga Paul Mushindo at Lubwa Mission and Robert Makasa was commenced.
Also notable was the upgrading of infrastructure at Kwame Nkrumah and Mukuba university colleges.
President Sata was of the view that these measures would broaden opportunities of access to university education and help decongest the countryâ€™s three public universities.
In recognising that infrastructure development, citizen participation and effective delivery of services in a country as large and sparsely populated as Zambia remained a huge task, President Sata led the creation of close to 30 new districts during the course of his presidency.
He also split the Northern province into two which led to the creation of Zambiaâ€™s 10th province called Muchinga.
Although a number of his decisions were criticised, President Sata stood by what he believed was right and what he felt would favour Zambiaâ€™s majority poor. He therefore leaves a legacy that is consistent in identifying with the needs of the poor.