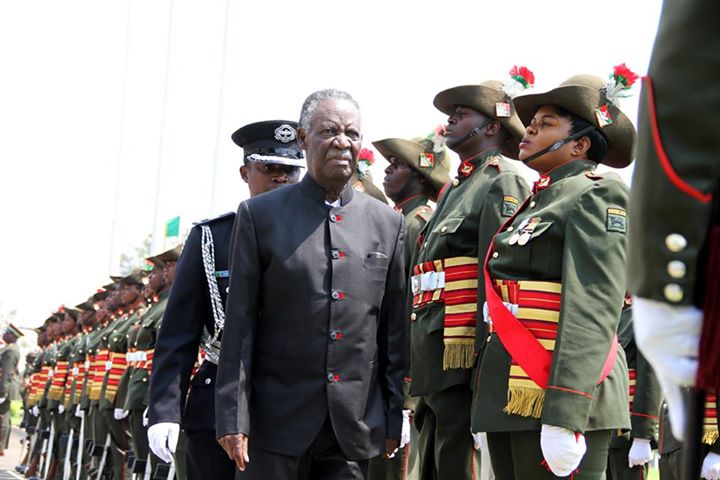 By CHARLES MUSONDA in Lusaka and BRIAN MALAMA in NEW YORK
PRESIDENT Sata yesterday left the country for the UN Climate Summit and the annual UN General Assembly to be held in New York this week.
Acting President Edgar Lungu told journalists in Lusaka yesterday that the President departed for the US from Kenneth Kaunda International Airport around 10:30.
â€œI am the Acting Presidentâ€¦my letter of appointment says I am acting until he comes back and so I canâ€™t say that he is coming back tomorrowâ€¦ there is business there and he is attending to business at the UNâ€¦â€
Mr Sata is expected to attend the 69th UN General Assembly of Heads of State and Government, where the Ebola disease outbreak is expected to take centre stage.
First Lady Christine Kaseba will also be honoured as an Ambassador of e-Health during an investiture ceremony today, Zambiaâ€™s ambassador and permanent representative at the UN, Dr Mwaba Kasese-Bota, has announced.
The Zambian ambassador disclosed that she has been instructed to support the UN Security Council resolution on the fight against the Ebola virus.
Dr Kasese-Bota further disclosed that President Sata is expected to participate in the special session of the International Conference on Population and Development (ICPD).
She told a media briefing that the President is also expected to participate in the climate change summit that will be convened by UN secretary-general Mr Ban Ki Moon on Tuesday.
The ambassador also observed that during the general debate, it is expected that Heads of State and Government will talk about the post-2015 development agenda.
The UN will seek to have coherence and convergence of issues around three pillars of sustainable development which include environment, social and economy.
Many stakeholders expect that the General Assembly will be transformative and people-centred as it begins to approach the post-2015 Millennium Development Goals.
Minister of Works, Supply, Transport and Communication Yamfwa Mukanga is expected to chair a session on Landlocked Developing Countries (LLDCs) on Thursday this week.
The President is accompanied by his special assistant for press and public relations George Chellah and ministers of Foreign Affairs Harry Kalaba, Lands, Natural Resources and Environmental Protection, Mwansa Kapeya, Community Development, Mother and Child Health Emmerine Kabanshi and other government officials.