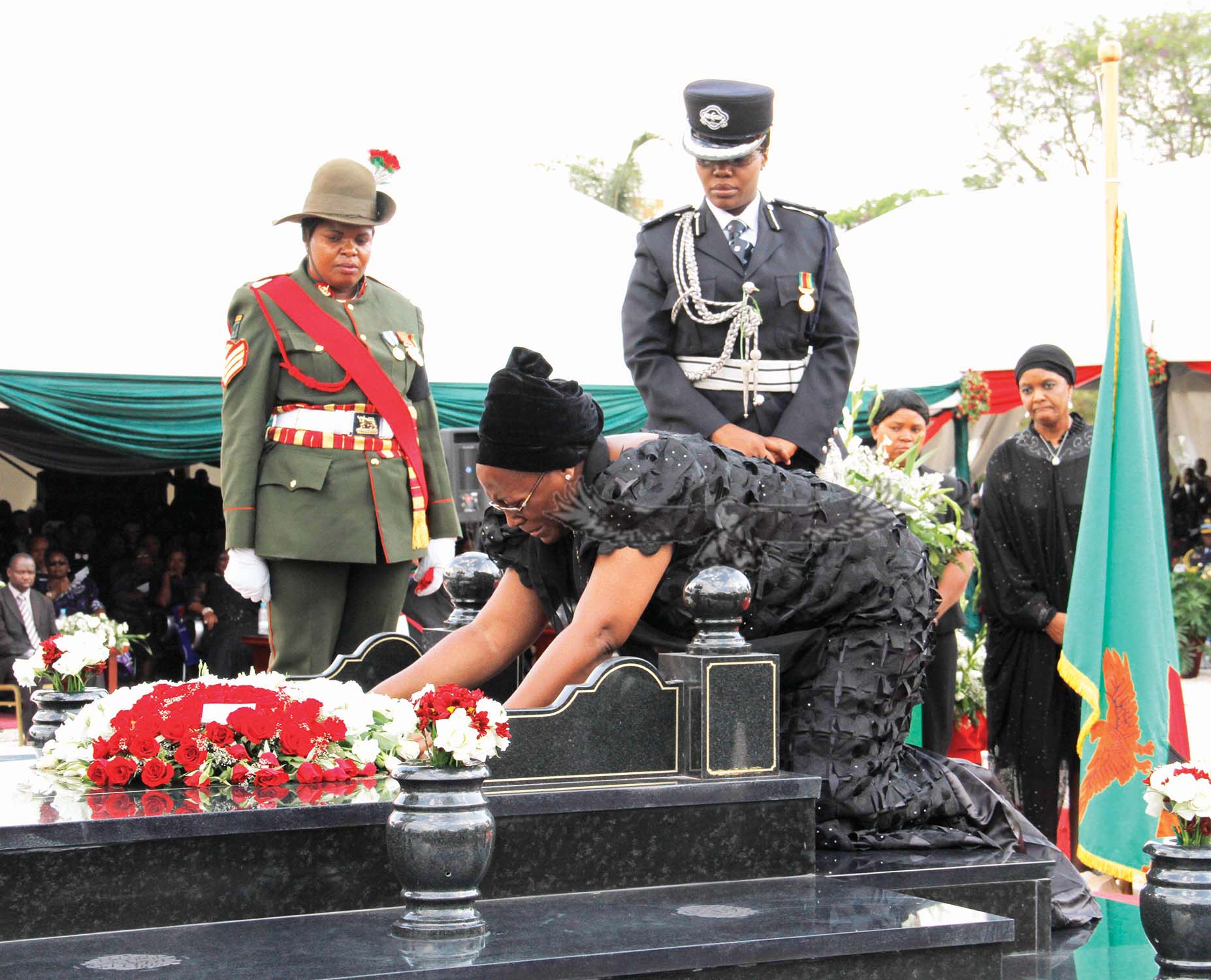 CAROLINE KALOMBE, Lusaka
FIRST Lady Christine Kaseba says President Sata will be remembered as a humble leader who worked hard to improve lives of the vulnerable.
Dr Kaseba said in a speech read on her behalf by Emma Chibesakunda that the late President had genuine love to develop the country and that he did this even through misconceptions and accusations which he endured with love.
She said President Sata was a selfless leader who believed in service and that he did this in a loving, caring and meek manner.
Dr Kaseba said the manner in which the President was mourned has shown that the nation shared the attributes that he stood for, which are service and love for the country.
â€œWe celebrate him as a man of action, man of the people and a hero to the vulnerable and weak members of society that he touched and sacrificed for,â€ she said.
President Sataâ€™s son, Mulenga, said his father was a family man who worked hard to ensure his family had what was needed, adding that included the extended family members.
Mr Sata said his father was a visionary leader, mentor and teacher of many politicians and that he will be missed by not only his family but the nation as well.
And Pope Francis has urged Zambians to remain united and work together for the good of the nation as this is the best way the life of the late president can be celebrated.
Pope Francis said in a statement read on his behalf by Nuncio Julio Murati that President Sata stood for peace and justice and that his memory should be honoured as such.
And Minister of Finance Alexander Chikwanda urged Zambians to embrace the values of the President as they relate to diligence, undivided devotion to improving the welfare of the poor and selfless service.
Mr Chikwanda challenged the countryâ€™s leadership to continue on the path of sustainable development, peace and unity.
He said President Sata was driven by anguish and agony of the poor and this accelerated his need for effective service delivery and exerted significant impact on poverty reduction.
Catholic Archbishop Telesphore Mpundu has appealed to the political leadership to campaign on ideals and how they intend to serve the people, adding that this should be done in a peaceful manner.
Bishop Mpundu said this when he delivered a homily during the requiem mass.
He said politicians should emulate President Sata by not campaigning on tribal lines and segregation.
He said it is important for leaders not to get into Government to pursue selfish interests but to serve the people.
â€œYoung politicians should establish a track-record of service to the people before aspiring to greater heights,â€ Bishop Mpundu said.
He saidÂ  President Sata was a seasoned politician and had a vision to improve the livelihood of the people, especially through the health, education, energy and transport sectors.