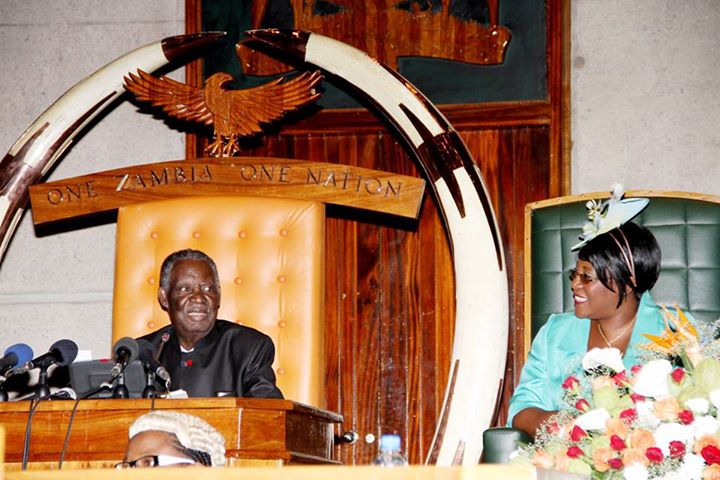 By STEVEN MVULA
PRESIDENT Sata yesterday set the policy tone for the countryâ€™s education and skills development in his address to Parliament, stating that Government will construct 9,600 bed spaces at five of the countryâ€™s tertiary institutions to mitigate the critical shortage of student accommodation.
The institutions which will benefit from Governmentâ€™s ambitious programme are University of Zambia, which will get 4,160 bed-spaces, and Copperbelt University, which will have 3,200.
Others are Mulungushi University, which will get 1,280 bed-spaces, and Evelyn Hone College, where 960 bed-spaces will be created at the student hostels.
President Sata said the creation of the bed spaces is being done under the framework of direct budget support and public private partnerships.
â€œEducation and skills development are key to the overall goal of achieving accelerated development. I am, therefore, happy to inform this august House that we have scored a number of successes since we assumed office,â€ President Sata said.
On childrenâ€™s education, President Sata said Government has recruited and deployed 1,000 early childhood education teachers.
â€œTo enhance the intellectual growth of children from an early stage, Government has introduced formal learning at pre-school level,â€ President Sata said.
He further said the curriculum for early childhood education teachers has been developed.
And President Sata said Government has completed construction of 41 of the 84 targeted secondary schools, representing a 49 percent completion rate.
President Sata said Government has invested in new infrastructure for skills training.
The skills training centres will be in Kalabo, Isoka, Mwense, Mporokoso and Sesheke.