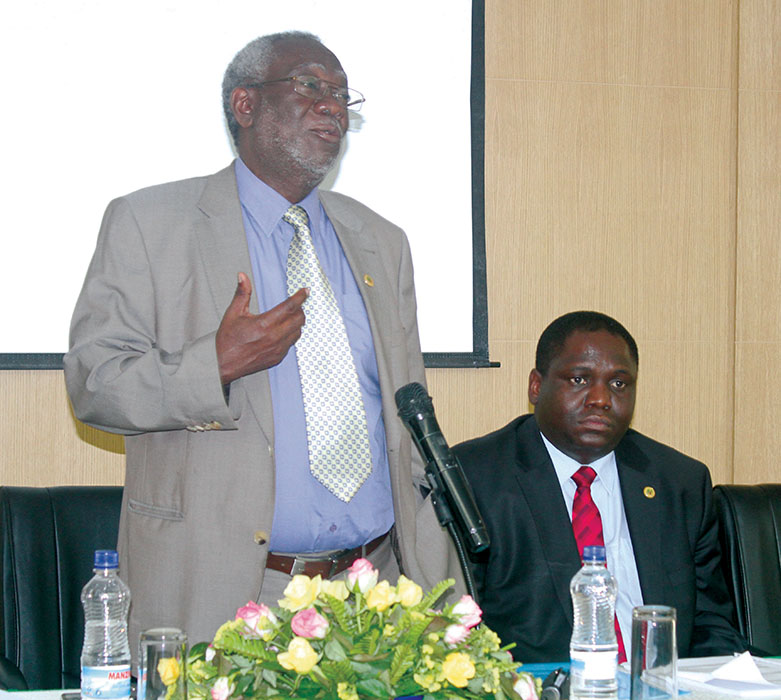 STEVEN MVULA, Lusaka
PRESIDENT Sata is a champion of productivity and has set an example of keeping time in whatever he does, Minister of Labour and Social Security Fackson Shamenda has said.
And Mr Shamenda has urged employers to link demands for higher wages to productivity.
Mr Shamenda, who waited for over an hour for participants of a workshop for stakeholders on the 2013 productivity yearbook, said Zambians should emulate President Sata who values time and productivity.
â€œWhen we go to Cabinet, they record the time that we arrive. There was a time when the boss [President Sata] locked some of us out for going 30 minutes late. The number one citizen has set the tone of keeping time,â€ he said.
Mr Shamenda implored citizens to emulate President Sata in keeping time as this has a direct relationship with productivity.
â€œOnly when we keep time can we be productive. We always give excuses of traffic but who does not know that there is traffic in Lusaka? Unless you live in Ndola where traffic is manageable can you start off late from your home. So let us reflect on this issue of time before we talk about productivity,â€ Mr Shamenda said.
Meanwhile, Mr Shamenda said the era of awarding salary increments across the board must be abolished because some workers are â€œfree ridersâ€ and are awarded hefty increments on the efforts of a few hard-working ones.
â€œPerformance appraisals are important and must be taken seriously. I would like to see, on Labour Day, employers award all employees for most hard working and most improved categories because of high productivity levels,â€ Mr Shamenda said.
And Mr Shamenda said Government will soon conclude reviewing labour laws to address casualisation and unjustified termination of contracts.
The productivity year book will, among other things, establish the contribution of each sector to national labour productivity.
The stakeholders will critique the book before it is finally published.