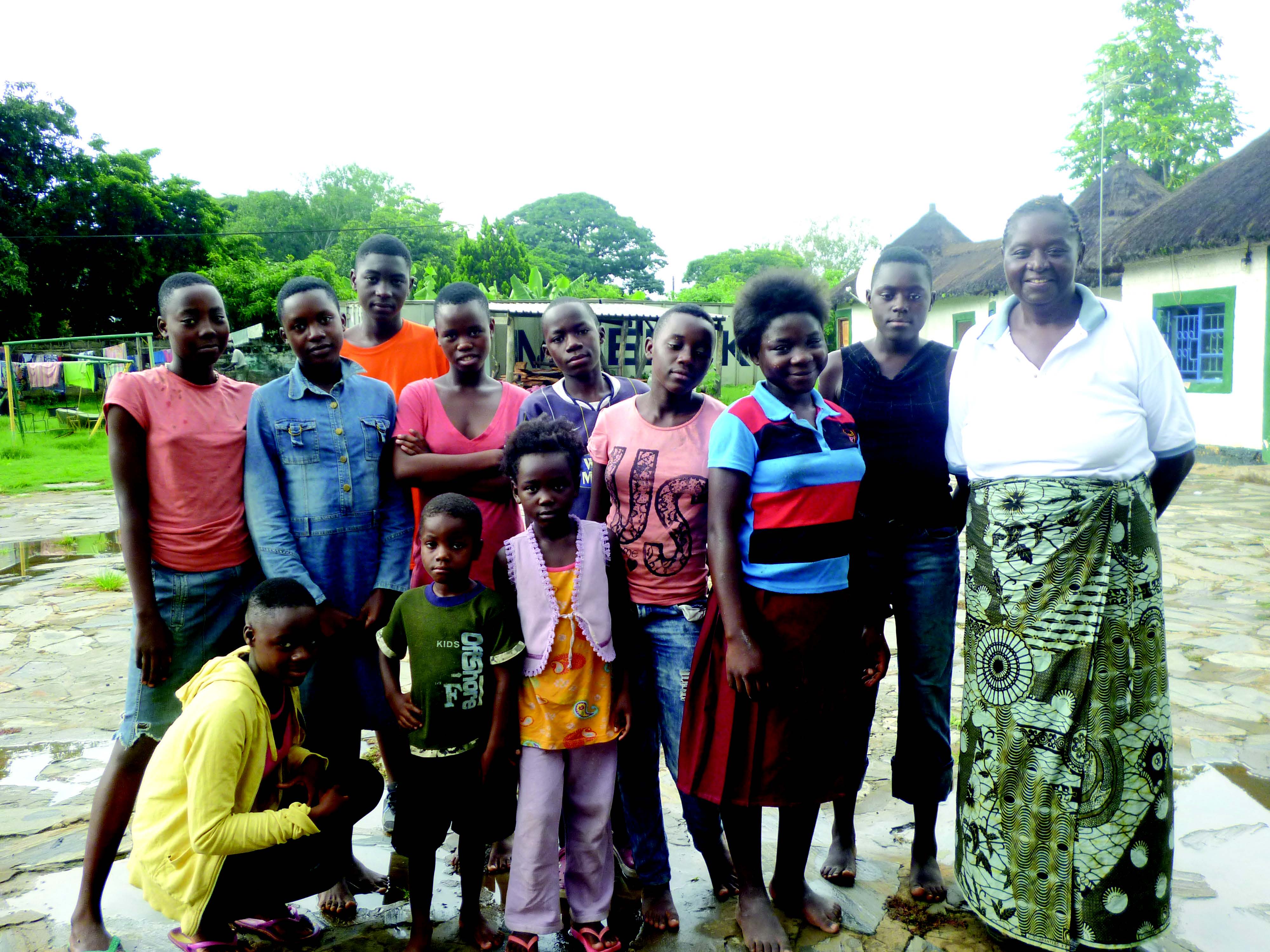 NKOLE NKOLE, Kaoma
â€œGOD keeps His promises,â€ reads a sign inside a dormitory at the Kaoma Cheshire Community Care Centre in Western Province.
This is perhaps the surest testimony of the children under the care of the centre in Kaoma.
The centre was started as a community project by the Presentation Sisters of Ireland and has been in existence since 1993.
Sister-in-charge Mary Maloney is considered the curator of the centre but was away in her native Ireland when this author made a stop-over there recently.
Nevertheless, the centreâ€™s head of home Rita Tumbila helped share the interesting history behind the centreâ€™s establishment.
â€œSister Mary had a lot of baby orphans whose parents had died from HIV/AIDS, dropped here for milk,â€ Miss Tumbila explained. â€œAfter the number of children at the centre increased, she decided to have a place where they could be kept.â€
A meeting which brought together businessmen, church leaders and some members of the community was called and its top agenda was what to do with the children who kept frequenting the centre.
â€œIt was decided that an orphanage should be started and a steering committee was put up to source funds to build the structures required,â€ Miss Tumbila said.
The first funding to the orphanage received was from the Dutch government which assisted in the building of one dormitory in 1994.
Most of the children who were left at the orphanage in its earlier years were HIV positive.
â€œThat time we used to receive about five to six children a day and few were surviving because of that problem,â€ Miss Tumbila shared.
Today, a lot of children are sent home to their extended families because a home is seen as the best place for a child to be nurtured.
Thanks to HIV/AIDS sensitisation, the number of children who are HIV positive and are left at the orphanage to be cared for has reduced over the years.
The last time the orphanage received a child with HIV was in March 2013, which shows a great reduction in the number of HIV cases recorded at the centre over the years.
â€œWe have seen the impact of HIV/AIDS sensitisation here because of the admissions,â€ Miss Tumbila admits. â€œThe admissions are not there all the time unless a mother just dies from another disease not just because of illnesses related to HIV.â€
The orphanage also takes care of other children from disadvantaged backgrounds and educates them up to college level.
Already at college level, there are seven youths. Two are training to become clinical officers and the remaining four are training to be teachers.
â€œWe want to see them attain college qualifications so that they are able to look after themselves,â€ Miss Tumbila remarked.
At the Kaoma Cheshire girlsâ€™ centre, the bigger girls number eight while the smaller ones number four. All the boys older than six are located three kilometres away from the main centre at a place called Boys Town.
Also at Boys Town is a school called Kaoma Community School, which was established in 2001 for the orphans and vulnerable. The school was originally a church and has since been upgraded to a secondary school.
All of the children under the care of the centre attend the school. In total, there are 16 boys found at Boys Town under the Kaoma Cheshire Community Care Centre.
â€œAfter they complete college, they then become independent. All we want is to empower them with education as we know it is very important,â€ Miss Tumbila stated.
During the 1990s, the centre had a considerable amount of resources which led it to start different income generating projects. Today, despite challenges, it is self-sufficient in meeting its different needs.
The centre has a farm located about 19 kilometres further north of it, where maize is grown to feed the children. The surplus is sold.
The second income generating project run by the centre is the Vianney Guesthouse, located within the same grounds as the centre. In addition, the centre has houses that are rented out and a butchery on hire in Kaomaâ€™s central business district from where rentals are obtained.
â€œWe have small things that bring us income especially now that we have little money coming in from donors. Sometime back, the donors would assist us but this time itâ€™s very difficult,â€ Miss Tumbila admitted.
She said despite the reduction in donor assistance, the centre is at least able to send the few children under its care to school as this is the top priority.
Sister Mary, the in-charge, has been based in Kaoma since the 1970s, initially working as a nurse at Kaoma District Hospital.Â  She looked after a few children who were going to school and even sourced fees for them.
After her retirement, looking after Kaomaâ€™s orphans became her main obligation. Sister Mary will be 76 in April this year and has spent nearly half her life ensuring the well-being of Kaomaâ€™s orphans and vulnerable.
Lwando Chibwe was five years old when she first went to the centre in 2002. Now 19, she is studying at Kafue Institute of Health Sciences and Research to become a clinical officer.
Now in her second year, Lwando is expected to graduate as a clinical officer by the end of her third year. All Lwandoâ€™s tuition fees, which amount to K18, 000 a year, are paid by the centre.
â€œIt has empowered me to get an education,â€ a grateful Lwando said about the centre. â€œIt has helped me grow spiritually and socially to fit in society.â€
Miss Tumbila pointed out that raising fees for the children in secondary school and college is the main difficulty the centre faces today.
While the centre is able to support those children in primary school, financial help is still required.
Any amount of money donated to the centre would mean the promise of security for those children under the centreâ€™s care.
For now, the children at Kaoma Cheshire Community Care Centre, can at least rest assured that despite the hardships they have encountered, God keeps His promises.

FISP: will it ever improve productivity?
Why Mambilima is right person