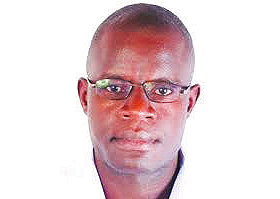 Analysis: REGINALD NTOMBA
THERE are two new reports that raise serious concerns about the state of food and nutrition security in Southern Africa and the world at large.
Both reports single out climate change as the primary driver of food and nutrition insecurity and provide recommendations to governments on how they can address the situation.
Some of the issues the reports raise are not new per se, but nonetheless underscore the need for action, especially if countries are to meet the various targets on food and nutrition security.
On July 9, the Southern Africa Development Community (SADC) released the 2018/19 State of Food and Nutrition Security and Vulnerability Report. According to SADC, the report was compiled soon after the harvest season and was developed to support and influence decision making by governments in the region.
According to the report, 29.4 million people are estimated to be food-insecure in 2018/19 season from April 2018 to March 2019, representing 14.2 per cent of the total population.
The increasing food-insecure population reverses the improvement in 2017/18 when the number fell to 27 million from 38 million in 2016/2017.
“Almost 90 percent of the 29.4 million are in DRC, South Africa, Malawi and Zimbabwe.
Largest increases in affected population compared with the previous year are in Zambia, Botswana, Malawi and Zimbabwe,” it states.
Climate change is the major reason compromising quality and quantity of production of food, the report states.
On stunting, the report states that stunting reduction is off-track in Southern Africa with about 20 million of children under five years being stunted. Proportion on stunting is generally going down in most countries except in Angola, DRC, Madagascar, Mozambique, Seychelles and South Africa.
According to the World Health Assembly (2012), stunting of above 20 percent is considered high. 1 in 3 children under five years of age are stunted in SADC, translating to an average of 30 percent.
The report raises the yawning potential in irrigation across the whole region. “Only 7 percent of the SADC land is under irrigation, representing 3.4 million hectares against potential for 50 million hectares. Winter cropping and irrigation could help in averting the escalation of disaster,” the report states.
Welcoming the report, CARE International and the Food and Natural Resources Policy Analysis Network (FANRPAN) said: “The report comes at an opportune time to support governments, private sector and non-state actors to plan and address the food and nutrition gaps in the SADC region.”
On September 11, four UN agencies, the Food and Agricultural Organisation (FAO). International Fund for Agriculture Development (IFAD), World Food Programme (WFP), and United Nations Children’s Fund (UNICEF) jointly released The State of Food Security and Nutrition in the World 2018.
Themed ‘Building Climate Change, Resilience and Nutrition’, it is an annual report measuring progress on Sustainable Development Goal 2, which focuses on ending hunger, achieving food security and improved nutrition by 2030.
The report is alarming and says new evidence continues to signal a rise in world hunger and a reversal of trends after a prolonged decline. In 2017, it says, the number of undernourished people is estimated to have increased from 815 million to 821 million – around one out of every nine people in the world.
Like its SADC counterpart, this report takes a greater look at the effect of frequent and intense climate extremes and climate variability. The report shows that hunger is markedly worse in agrarian countries dependent on rainfall or experience drought.
“Exposure to more complex, frequent and intense climate extremes is threatening to erode and reverse gains made in ending hunger and malnutrition,” it states.
While some progress continues to be made in reducing child stunting, levels still remain unacceptably high. Nearly 151 million children under five – or over 22 percent – were affected by stunting in 2017.
“Adult obesity is worsening and more than one in eight adults in the world – or more than 672 million – is obese. Undernutrition and overweight and obesity co-exist in many countries,” the report states.
It notes that the signs of increasing food insecurity and high levels of different forms of malnutrition are a clear warning of the urgent need for considerable additional work to ensure we “leave no-one behind” on the road towards achieving the SDGs on food security and nutrition.
The report recommends that actions need to be accelerated and scaled up to strengthen resilience and adaptive capacity of food systems, people’s livelihoods, and nutrition in response to climate variability and extremes.
Coming at almost the same time and with similar messages, the two reports provide governments and non-state actors with plenty to ponder on and should help with planning responses.
The author is Regional Coordinator of the Southern Africa Nutrition Hub at CARE International.

We can achieve financial protection: Part 2

Choma school for disabled gets facelift