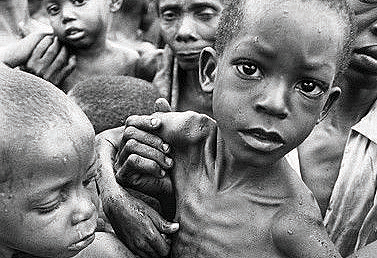 THE world faces a grave nutrition situation while the SADC community continues grappling with multiple burdens of malnutrition.

KAPALA CHISUNKA, Lusaka
ABOUT 155 million children globally are still stunted – they are too short for their age – often due to lack of nutrients, impacting their physical and cognitive development, according to the 2017 Global Nutrition Report (GNR).

The report findings have indicated that the world is off track on meeting internationally agreed nutrition targets despite progress that has been made.
The Graca Machel Trust (GMT), in partnership with World Food Programme (WFP), hosted the Southern African Development Community launch of GNR 2017 in Johannesburg on November 21.
The SADC launch follows the global launch of the report on November 4 where world leaders gathered to address the global crisis of malnutrition under the theme, “Nourishing the SDGs”.
The event was an opportunity to share the findings of the GNR, take stock of the state of SADC countries’ nutrition gains and challenges, celebrate renewed commitments to nutrition on the continent and explore strides to achieving sustainable development.
According to the report findings, the financing needed to tackle malnutrition does not match the high levels of malnutrition and remains alarmingly low. Countries only allocate between one percent and two percent of their health budgets, while donors only spend about 0.5 percent of overseas aid on nutrition.
According to the report, indicators for nutrition are also alarming because 28 percent of children under the age of five in southern Africa suffer from stunting, six percent from wasting and one percent suffers from severe wasting. The report adds that 12 percent of children under five are underweight.
“In spite of significant progress in reducing levels of malnutrition by the SADC countries, malnutrition remains stubbornly high, with two-thirds of countries in the region showing levels of stunting above 30 percent,” founder of the GMT Graca Machel said.
Mrs Machel, who was participating in the SADC GNR launch, said the findings give a clear and explicit message that governments need to start working together with the private sector, civil society and communities in much smarter and collaborative ways to eradicate malnutrition.
“Today’s launch brings together representatives from across different sectors, which I hope will spur on opportunities to work together towards a common development agenda that benefits all,” she said.
She said the right to nutrition for women and children is, however, inter-related, as the lack of adequate nutrition, especially for pregnant women and children in the first 24 months of their life, is often a key contributor to the high levels of child mortality, stunting and the associated loss of human capital.
Mrs Machel said in a statement issued by GMT communication director Rosemary Viljoen that this, in turn, has detrimental outcomes on the overall, economic, social and political development of the continent. She said Africa’s women and children deserve to live full and productive lives, and that the situation requires access to enough nutritious food every day.
According to the findings in the report, the world faces a grave nutrition situation while the SADC community continues grappling with multiple burdens of malnutrition.
The report states that two billion people lack key micronutrients like iron and vitamin A, 52 million children are wasted, two billion adults are overweight or obese, 41 million children are overweight and 88 percent of countries face a serious burden of either two or three forms of malnutrition.
The SDGs adopted by 193 countries in 2015 offer a tremendous window of opportunity to reverse or stop these trends, the report states.
The report also states that nutrition can contribute to the attainment of SDGs through sustainable food production, strong systems of infrastructure, health systems, equity and inclusion, and peace and stability.
“Through these five areas, improving nutrition can have a powerful multiplier effect across the SDGs. Indeed, it indicates that it will be a challenge to achieve any SDG without addressing nutrition,” the report states.
Malnutrition is said to have a high economic and health cost, yet not enough is spent on improving nutrition with new analyses showing that domestic spending on under-nutrition varies, with some countries spending over 10 percent of their budget on nutrition and others far less.
The 2017 GNR has also highlighted how the data gaps are hindering accountability and progress.
And acting regional director of WFP for southern Africa Lola Castro said the region is characterised by high stunting rates, the co-existence of under-nutrition and overweight which she said is a growing challenge.
She said continued focus on nutrition-specific interventions, particularly those that prevent malnutrition, is necessary, but that nutrition-sensitive approaches are also essential in accelerating progress towards ending malnutrition in all its forms.
According to the report, SADC countries have a serious burden of two or three forms of malnutrition (childhood stunting, anaemia in women of reproductive age and/or overweight in adult women), and progress in global nutrition targets is slow or moving backwards.
Sustainable development will, however, require a multi-pronged approach, which necessitates the private sector to play a much broader role in addressing malnutrition, she said.
Tiger Brands Foundation chairperson Sheila Sisulu said Malnutrition is far-reaching and affects every country in the SADC region.
“Alarmingly two-thirds of SADC countries have more than 30 percent of their children suffering from stunting, a form of malnutrition that prevents them from developing to their full potential,” Mrs Sisulu said.
She said unless people come together to address the multi-faceted drivers of malnutrition in the region, which include insufficient support for smallholder farmers, limited infrastructure, gender inequality and inadequate childcare practices, the region will not achieve the development targets it has set for itself.

Planning to quit your job to start a business?