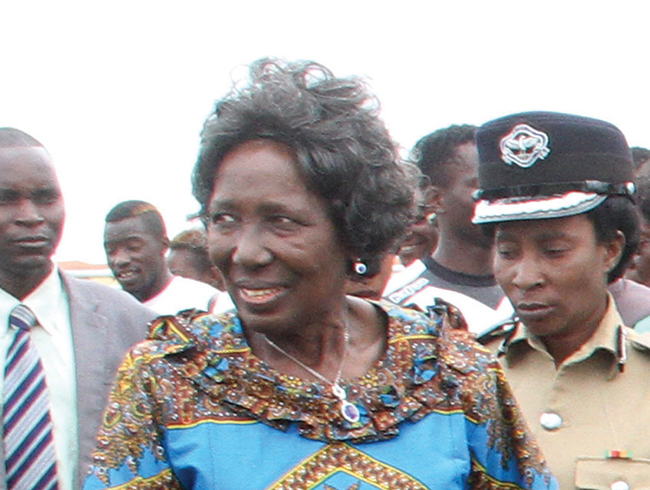 PRISCILLA MWILA, Lusaka
VICE-PRESIDENT Inonge Wina says damage to property experienced in the country in the last few months should serve as an eye-opener to security wings to

always be on alert to prevent acts of sabotage.
Mrs Wina said this yesterday when she chaired the first meeting for the committee of ministers that President Lungu has constituted to help victims that lost goods and property worth millions of Kwacha at the gutted Lusaka City Market.
“We are expected to examine avenues that will result in the quickest recovery of the markets to help the victims resume their businesses. I expect total participation from all the committee members in championing the plight of the affected traders,” she said.
Mrs Wina said the committee is expected to mobilise resources to help the affected traders as Government did not budget for the disaster in question.
And making a presentation on the assessment done, Disaster Management and Mitigation Unit (DMMU) national co-ordinator Patrick Kangwa said 1,319 stands were guttered while 1,911 were not affected by the inferno.
Mr Kangwa said some stalls at the gutted market were looted in the process and that business activities could be allowed to be conducted in the part which was not affected by the inferno.
He, however, said electricity and water supply which had been interrupted could be a challenge.
Mr Kangwa said the affected traders are submitting their particulars and details of property they lost in the fire.
She said a Zambian citizen identified as Micheal Ngondwe has donated K1,500 to the affected victims through DMMU and has urged other stakeholders to come on board.
And Minister of Local Government Vincent Mwale told the committee three alternative places had been identified for the affected traders.