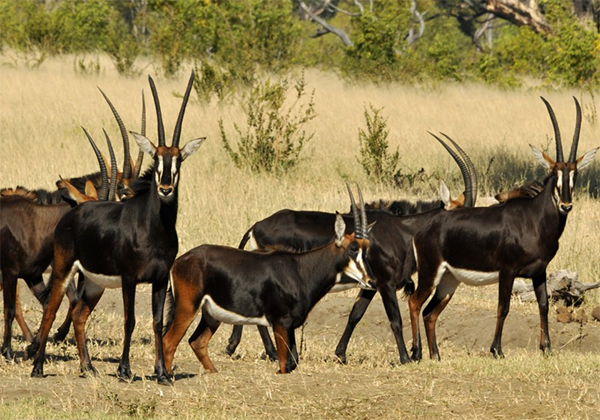 CATHERINE MUMBA, Lusaka
THE Public Accounts Committee (PAC) yesterday took to task the Department of Wildlife and National Parks over its failure to fulfil a contract obligation to a South African company which bought 100 sables.
The purchase was through an auction sale which led to a loss of K350,000 in legal costs and damages.
Orange River bought the sables through an auction, but due to a counter-offer that benefited the institution more, the department then called Zambia Wildlife Authority (ZAWA), opted to refund the company.
This came to light when Ministry of Tourism and Arts permanent secretary Liya Mutale appeared before PAC to respond to the queries raised in the Auditor Generalâ€™s report on parastatal bodies for the 2015 financial year.
Ms Mutale said the company declined to take the refund and took ZAWA to court where a ruling was passed in favour of Orange River.
United Party for National Development (UPND) Solwezi East member of Parliament Teddy Kasonso and Patriotic Front (PF) Senga Hill MP Kapembwa Simbao wondered why the department could lose money in such a manner despite having a legal department to advise management to settle the matter outside court.
Department legal counsel Misozi Ngulube said â€œManagement was advised on the consequences of the move. However, when the institution was sued, we had no option but to defend it from the High Court to the Supreme Courtâ€.
And responding to UPND Kasempa MP Brenda Tambatamba, who wondered why the department decided to auction the sables when they could have been preserved for future tourism purposes, departmentâ€™s director general, Paul Zyambo, said the sale was carried out to raise money following the financial challenges the institution was experiencing.
Mr Zyambo, however, said the sables are still at the Lusaka National Park awaiting Orange River to obtain an importation permit from South Africa and are earning the department US$5,000 per month as rental fees.
PAC chairperson Howard Kunda urged Dr Mutale to ensure that things are handled in a manner that will make the department start generating income, especially that it is operating directly under Government.

‘Spare the rod on pupils’