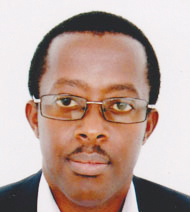 Analysis: ABEL BUHUNGU
RWANDA and the entire international community remembers again. The month of April is a time all Rwandans, both home and abroad, take to commemorate the horrors of the genocide perpetrated against Tutsi.
An immeasurable suffering, pain and loss that left the country and a people completely devastated. A genocide that annihilated over one million innocent lives within only 100 days. An astronomical killing rate of 10,000 deaths per day, the fastest ever in the history of genocide.
April 7, 2018 was exactly 24 years since the commencement of the genocide carried out by the government with all resources at its disposal. A government that had perfected the divisive ideology that was exported into Rwanda by the colonialists. The colonialists’ policy of divide and rule informed the issuance of ethnic-based national identities that described one as either Hutu, Tutsi or Twa.
The genocidal government planned and supervised a well-resourced killing machinery for a part of its population. A people killed merely for how the Almighty made them. Public media was, prior and during the genocide, characterised with hate. Prior to the climax of the genocide, there was systematic large-scale mobilisation of Hutus, recruitment and arming of militia group called Interahamwe and dehumanisation of Tutsi (calling them snakes, cockroaches) to ensure their total annihilation.
At the climax of the 1994 genocide against the Tutsi, most experts predicted Rwanda was a failed state in the making or at best be a permanent United Nations (UN) protectorate. Paradoxically at the peak of the genocide, the UN Force (UNAMIR), which had been in the country from 1993, withdrew and left the Rwandans at the mercy of the genocidal government.
Thankfully, the Rwandan spirit did not slumber – thanks to the Rwanda Patriotic Front (RPF). The army wing of the RPF against all odds ably stopped the genocide by July 4, 1994. Following the defeat of the genocidal government, the post-genocide leadership begun writing a new chapter of Rwanda’s history. A chapter that prioritises unity and reconciliation, good governance, economic growth, women emancipation, accountability and reassurance to all Rwandans of a better tomorrow. It is indeed this new chapter of our history that demands of us to remember the past in order to securely build the Rwanda we want.
Indeed as put by President Paul Kagame in 2004: “We cannot turn the clock back nor can we undo the harm caused, but we have the power to determine the future and to ensure that what happened then never happens again.”
During this commemorative period, Rwandans have resolved to remember, unite and renew as we continue to build the future we want. But as scholars will tell us, one of the eight notorious phases of genocide is still presenting its ugly face. Rwanda is confronted with the last phase of genocide, denial and revisionism. This is now mainly manifested through smear targeting government and Rwandan officials.
Using social media and other communication platforms, this phase of genocide ideology is aggressively perpetuated by remnants of the perpetrators of the 1994 genocide against tutsi and their international support networks.
Thanks to Zambia for having facilitated the very first arrests of genocide fugitives in the late 1990s. These were among the very early transfers of genocide suspects to the now defunct International Criminal Tribunal for Rwanda (ICTR).
Rwanda is also thankful to President Edgar Lungu for reiterating his commitment to bringing to book any genocidaires that may still be hiding from justice in Zambia as stated during the State visit to Rwanda early in February. Moreover both President Kagame and President Lungu have in the last 10 months overseen signing of seven bilateral agreements, some of which go a long way in mutually fighting all sorts of crime and related impunity.
We are also thankful to other co-operative nations on the continent, North America and Europe, which have facilitated the bringing to book of genocide fugitives. Many of these fugitives were either tried by the ICTR or have been extradited to Rwanda for trial by Rwandan courts.
One of the priorities after the 1994 genocide against tutsi, which aims at bringing back sanity in the country, was building of unity and reconciliation. Rwanda’s healing, rejuvenation and progress since the 1994 devastation has been thanks to the far-sighted leadership of President Kagame and RPF.
Indeed, Pauline Hanson’s words speak to what Rwanda represents today: “To survive in peace and harmony, united and strong, we must have one people, one nation, one flag.”
Rwanda has adopted consensual democracy as opposed to confrontational politics. According to the constitution, the President and the Speaker of Parliament can’t be from the same political party. The constitution of Rwanda has institutionalised power-sharing as opposed to winner takes-it-all.
Consequently, no political party can exceed 50 percent of the cabinet positions. This has created an atmosphere of harmony and consensus-based decision-making in government.
Additionally, the current leadership continues to roll out effective pro-poor policies and services that benefit all sectors of the Rwandan citizenry. Government has drawn on a wide range of home grown initiatives that are informed by Rwanda’s own context.
Examples include: (i) the annual National Dialogue Council, which is an interactive and accountability forum between the entire leadership and the citizenry; (ii) Community work (Umuganda); (iii) Pro-poor innovations such as one cow per poor family (Girinka); (iv) the annual National Leadership Retreat also known as Umwiherero; and (v) National service (Urugerero).
Rwandans, friends of Rwanda in Zambia and the High Commission are slated to commemorate the 1994 genocide against the tutsi on April 12.
As we remember for the 24th time and premised on the milliard achievements that our country has garnered thus far, we should derive satisfaction and confidence in the words of President Kagame, spoken during the 21st commemoration: “Rwanda has changed for good and for ever. We are a people who stand-up for our rights and give ourselves dignity.”
The author is a counsellor at the Rwandan High Commission in Zambia.