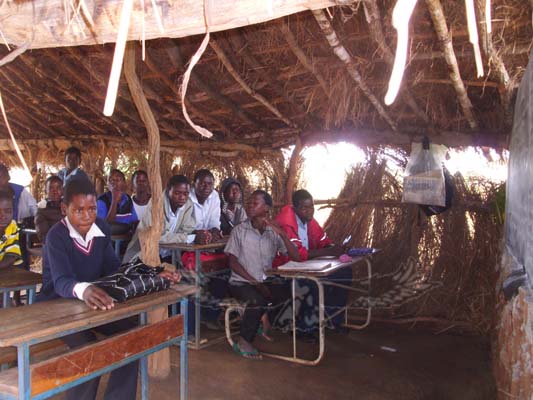 Education Talk with TIMOTHY KAMBILIMA
THE observation by Minister of Education, Science, Vocational Training and Early Education Michael Kaingu recently that the lack of secondary schools in rural areas is resulting in many boys and girls not completing secondary school education is spot on.
According to the Zambia National Broadcasting Corporation television 19:00 hours news on July 21 this year, the minister said the government was committed to taking secondary schools closer to the door steps of the rural child.
Building new secondary schools and upgrading primary schools to senior secondary level will undoubtedly lead to the delivery of quality education to rural communities.
After all, according to the 2010 Census of Population and Housing, Zambiaâ€™s population stood at 13.1 million. Out of this, 7,923,289 were people from rural areas of the country (60.5 percent).
The urban population stood at 5,169,377 (39.5 percent). This is why it is important that children in rural areas also have access to modern school infrastructure like their colleagues in urban areas.
Apart from that, constructing new secondary schools in rural Zambia will also help reduce the number of children dropping out of school, especially those who make it to grade 10 but are unable to find a secondary school nearby.
It is vital to note that the majority of children in rural areas drop out of school due to long distances they are compelled to walk to attend class, especially at secondary school level. The end result is that the boys and girls are put at risk of being abused by older people who take advantage of the situation.
Why am I saying so? Parents normally arrange for â€˜boardingâ€™ houses that are available in villages. But what happens at night to the boys and girls? Anyway, your guess is as good as mine. But if the government, like Dr Kaingu put it, builds more secondary schools for our dear brothers and sisters in rural areas, our children will learn in a safe environment.
Let me be quick to point out that our children are safe in urban areas, although cases of some male teachers and other evil-minded men defiling girls are quite common these days.
However, since the distances to schools are not long enough for children in towns, parents are aware of what happens to their children and are able to quickly report defilement cases to the police.
And according to the Education For All 2015 national policy revised in June, Zambia has since 2000 opened the door for more than 1.2 million additional learners to the basic school system. This means that there is need to also increase classroom spaces at secondary school level, especially in rural areas.
Other than creating classroom space and shortening distances to school for pupils, the construction of new secondary schools in rural areas will help boost economic development for our rural brothers and sisters.
This can, to some extent, reduce the rural-urban drift as no parent will be forced to leave the village for the sake of finding a better secondary school in Lusaka or the Copperbelt for his or her child.
The much talked about issue of early marriages can also be reduced by building secondary schools closer to the home of the rural girl-child. In some instances, school girls who make it to either grade eight or 10 may not have easy access to a secondary school and in the process of looking for a place, they find themselves in â€˜marriageâ€™.
It is, therefore, important for the government to continue putting together a well-organised, valuable and reliable public education system through substantial investments in educational infrastructure in rural areas.
The government has the duty to shape the future of young citizens in rural areas who constitute a greater part of our population. It is gratifying that the government is not only concerned about the shortage of secondary schools in rural areas, but it is also ready to send qualified teachers to the new schools when they are constructed.
The private sector should also come on board and supplement governmentâ€™s efforts, but they should not over-charge user fees and should employ qualified teachers to avoid compromising the provision of quality education in the country.
timothykambilima@yahoo.com
0973 026 897