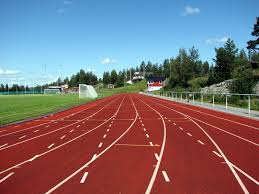 From DIANA MUTAKAFIMBO in Nanjing, China
ZAMBIAN runners have promised to win medals at the ongoing Nanjing Youth Olympics.
After watching their compatriots crash out of the tournament, the runners have taken it personal to be the countryâ€™s messiahs in China.
Captain Brian Kasinda, who is a 200 metre specialist, said the runners are geared to challenge for honours.
Kasinda said the runners have remained confident despite the poor results by their compatriots in other disciplines.
â€œWe are not demoralised, in fact we feel more motivated to redeem our country. We are ready and we have prepared adequately for the challenge. This is our chance to show what we are capable of doing. I personally promise to make my country proud,â€ he said.
Godfrey Chama (800m) and a flag carrier during the opening ceremony last Saturday, said the raising of the flag was the beginning of better things to come.
â€œThe way I raised the flag, is the way I will hold the flag high again. I canâ€™t just hold the flag at the opening ceremony. I am definitely winning,â€ said Chama, who starts his medal hunt on Friday.
Sydney Siame (100m) is looking forward to taking to the track tomorrow.
Abigail Chongo, the only female runner in the Zambian squad,Â  said her only pressure is to ensure she performs well.
â€œI will remain composed to do my best. Being among the boys makes me work harder,â€ she said.
Chongo will be on the track on Friday in the 200m women heat.

Which football coaches are available?