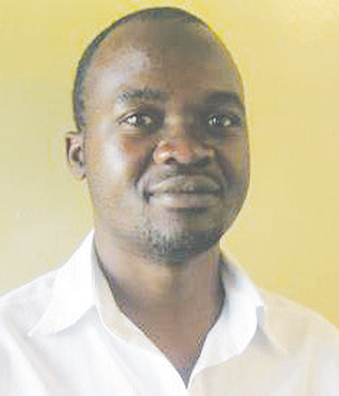 Analysis: MTHONISWA BANDA
WHEN he steps onto the running track of the National Heroes Stadium on June 22, 2019 in readiness for the 400-metre dash, President Edgar Lungu knows what is at stake.
He knows he will be running before a stadium full of company executives and their workers, parents and their children, and his run will be beamed live to the nation via selected news channels on the digital platform of TopStar. Photojournalists will also be handy to cheer him on through the flashes of their camera lenses.
He won’t be running alone in this President’s race. He will be running against chief executive officers of top Zambian companies, against the Chinese ambassador with his Sino executives from various companies based in Zambia, and he will be running against ordinary Zambians that have entered the President’s race in this year’s 21st Inter-Company Relay (ICR).
President Lungu knows that the aim of this run is not to win or lose, neither is it to be seen to be there. President Lungu knows that his run is an ultimate demonstration of the value and significance of the theme of the 21st ICR: “The key to a new lifestyle – Walk and run for your health.” His run will be hoping to inspire the whole nation to choose a new style in which all individuals, young and old, will live a healthy and active lifestyle in which sport and play will become a periodic routine.
President Lungu also knows that as CEO of Zambia, his 400m dash in the 21st ICR will also inspire the young ones, especially the poor and vulnerable, to choose sport and play as a coping skill and also as a teacher of many life skills.
As a lover of sport, President Lungu knows that the mother of all sport is athletics, and that it is through sport and play that a poor child can have his leadership capacities built. Through sport and play, qualities of team building are found. Through sport, leadership qualities are enhanced and sport and play teach the participants virtues of endurance, hard work, honesty, fair play in competitions and, above all, participants in sporting activities live a healthy and productive lifestyle.
Speaking about this year’s Inter Company Relay, ICR chairperson Elias Mpondela confirms that President Lungu will be racing in the event’s 21st edition to be held at Lusaka’s Heroes Stadium. Mr Mpondela says the President confirmed that he will not only grace the 21St Inter-Company Relay as the 21st ICR guest of honour, but will take part in a race against chief executive officers that have been sponsored by their companies to participate.
Mr. Mpondela states, “The 21st ICR will be named after Madison Life Insurance, which has pumped in K200,000 in support of the ICR and has pledged to make this 21st edition better and more successful than previous editions. Zambian Breweries has pledged to provide dinner to all participating companies on the eve of the ICR, while our all-weather partner Bata Shoe Company will be the official footwear sponsor of the Bata Power Race.
TopStar will provide live broadcast of the event while China Jiangxu will provide the medical equipment support for all participants.” Companies such as Avic International will supply the winners’ trophies while Zambia State Insurance Corporation will provide insurance cover to all participants, said ICR chairman Mr. Mpondela.
He hopes more companies will come on board to make sure more and more children, women and men participate alongside the President.
This year’s 21st Madison Inter-Company Relay will also attract the Chinese Embassy in Zambia and Chinese-owned companies, which will use the ICR platform to celebrate 55 years of China-Zambia friendship. The Chinese, led by their ambassador, are not only expected to run alongside President Lungu but will be showcasing their cultural dances and friendship projects towards the people of Zambia.
The ICR is a Zambia Amateur Athletics Association (ZAAA) corporate social sporting event that brings together companies and communities to promote healthy lifestyles through sport and play activities and has been providing free testing and health screening against selected medical conditions and diseases to all since 1999.
“Over the years, funds realised from the ICR activities have helped ZAAA to identify young talents from rural areas, especially young girls, and has helped coaches and athletes prepare for upcoming competitions in which Zambia has reaped medals and recognition. The ICR has improved health lifestyles among participants, improved the running of athletics sport clubs and has helped Zambia produce champions in regional competitions,” says Mr Mpondela.
The annual ICR has also become a companies’ team building exercise and has helped reduce the social distance between executives and their employees by allowing them to compete as one team, and it has also allowed companies to interact with their clients and potential markets while showcasing their brand identities and their corporate social responsibility activities to the nation.
“Many lives have been served by the ICR health screening. Many silent killer diseases such as high BP, diabetes, cervical cancer and HIV have been detected through the free health screenings during the ICR,” said Mr. Mpondela.
So on June 22, 2019 when President Lungu emerges from the end of the 400m running track after helping raise awareness and funds, money raised from this 21st ICR would have gone to help tap sport talent in the rural areas and helped screen cervical and prostate cancer among other medical conditions from Zambians that will have participated in the 21st Madison Inter-Company Relay.
The author is media and communications consultant at MB Zambia Ltd.

Economic pan-Africanism comes of age
Importance of heroes in society