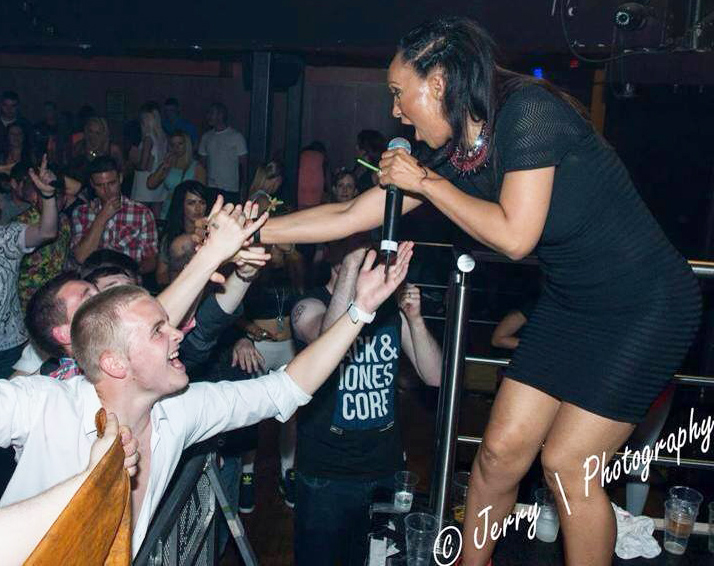 KELVIN KACHINGWE, Lusaka
ROZALLA Miller, the United Kingdom-based Zambian-born singer, is back on the Billboard charts, thanks to her new single If You Say It Again.
Her song comes in at number eight for the weekly charts that will only change on June 13, 2015.
She is only bettered by Insomnia (Audien Featuring Parson James), Iâ€™ll Be There (Chic Featuring Nile Rodgers), Donâ€™t Look Down (Martin Garrix Featuring Usher), On My Way (Axwell & Ingrosso), B**** Better Have My Money (Rihanna), House On Fire (Ryan Cabrera) and Mr Put It Down (Ricky Martin Featuring Pitbull).
The Billboard charts, first published in 1940 by the magazine, arrange the relative weekly popularity of songs or albums in the United States and elsewhere.
For some years, a song had to be commercially available as a single to be considered for any Billboardâ€™s charts.
However, in 2005, the criteria changed to include paid digital downloads from digital music retailers such as ITunes and AmazonMP3.
Either way, it is a good comeback for Rozalla, who was last in the top two decades ago.
An article in Billboard by Gordon Murray reads: â€œBookending the top 10, Rozalla roars 18-10 with If You Say It Again. Itâ€™s her first Dance Club Songs top 10 in 21 years, dating to her third No. 1 I Love Music in 1994.
â€œRozalla, who arrived with the 1992 No. 1 Every bodyâ€™s Free (To Feel Good), tells Billboard Again, â€˜I wrote it as an affirmation of love. To be honest, I was inspired by the wonderful relationship I have with my husband, but I felt so many people could relate to these lyrics. We need more positive songs about love these days!â€™
â€œRegarding her new chart rank, she adds, â€˜Iâ€™m beyond thrilled to be back in the top 10: it has been a renewed dream and goal and I am so thankful to all the DJs who have been incredibly supportive of the song.
â€œAgain, Rozalla says, â€˜took on a second wind when my pals from the UK, Love to Infinity, who had worked with me on some of my previous hits, were gracious enough to want to be a part of the remix package.â€™ (In addition to the Love to Infinity mixes, interpretations have arrived from Ricardo Autobahn, Ranny and Stormby, among others.)
â€œItâ€™s been so many years since I was in the charts, and, for me, Billboard has always been the godfather of music magazines.â€