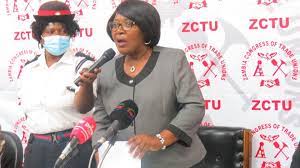 MONICA KAYOMBO, Lusaka
THERE is need for stakeholders to move from mere talk and take steps to ending gender-based violence (GBV), which is now endemic and negatively affecting women, men, girls and boys. Zambia Police Victim Support Unit (VSU) revealed that 8,790 GBV cases were noted in the country in the third quarter of 2021. Minister of Labour and Social Security Brenda Tambatamba says society should not relent in advocating against the vice because no-one has the right to take away rights of others. Ms Tambatamba said people should also quit assuming everyone is fine because some might be silently encountering the vice.
She said this yesterday during the launch of 16 days of gender activism. The theme for this year’s campaign is: ‘Unite! Activism to end violence against women and girls’. She said parents, guardians and members of the community should become proactive in the fight against GBV by mentoring boys not to engage in the vice. Ms Tambatamba said there is need to provide counselling and other GBV services to victims to help them get back on track. She said lack of proper therapy usually impacts negatively on the welfare of victims. “We should refrain from the habit of assuming [all is well with everyone]. We should pay attention [to those who may silently be facing GBV],” the minister said. Ms Tambatamba said GBV is a violation of human rights, hence appealing to non-governmental organisations, the corporate world and other partners to partner in eliminating the vice.
“ Tackling gender-based violence effectively in our country will contribute to human and social development as espoused in the Eight National Development Plan, particularly development outcomes number two on improving the rule of law, human rights and constitutionalism, “ she said. Ms Tambatamba reaffirmed Government’s commitment to eliminating all forms of GBV by working to raise the status of women by empowering them with education, among other things. And Non-governmental Gender Coordinating Council (NGOCC) chairperson Grace Sinkamba said the organisation regrets that Government got rid of the Ministry of Gender but instead created a gender division. “The structure remains hazy and unclear. While we note the effort by the new dawn administration to alleviate the division, we are concerned that there seems to be no clear direction in this regard,” she said. NGOCC has since appealed to President Hakainde Hichilema to provide clear policy direction as to the country’s gender machinery as whole. Mrs Sinkamba also implored teachers to teach pupils about the vice and its consequences. United Nations resident coordinator Beatrice Mutali said GBV can be eliminated only if a multi-sectoral approach is employed. European Union (EU) Ambassador to Zambia Jacek Jankowaki said violence of any form has the capacity to affect performance of victims who, if not properly assisted, can be vulnerable to more abuse.
United States Ambassador to Zambia Michael Gonzalez said it is important to hold GBV assailants accountable for their actions.