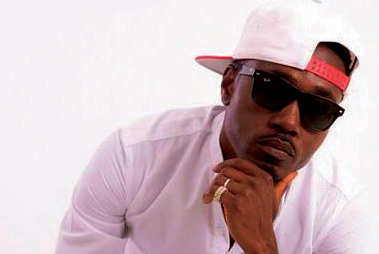 ZIO MWALE, Lusaka
AFTER releasing Vitamin U, a song that took over the airwaves, award-winning musician Roberto has released ‘Kwasa’ (dance), a song that was produced by Jazzy Boy of Sugah Sounds Entertainment.
Kwasa is Roberto’s first release of the year 2018, the song features Kitwe-based vocalist and producer Ray Dee, from the group 408 Empire.
The Amarulah hit-maker told the Weekend Mail that he wrote the song with the help of Young Riko of Brotherhood Music and Browen of XYZ.
He said his part of the song was recorded in Lusaka while the Kitwe artistes recorded the vocals in his town and sent them to Lusaka.
“Riko and Browen helped me put up the song because my Bemba is shaky, I just wrote a few lyrics on the song and credit goes to the two gentlemen who laid a foundation,” Roberto said.
In Kwasa Roberto takes everyone to the dance floor with this groovy melodic African banger that invites people to show their dancing skills.
“We are creating a brand in the entertainment world as Zambians, this song gives people the mood to dance and celebrate being African,” he explained.
The fun, dance and comical song Kwasa, is inspired by a popular singing style from the Copperbelt , it is infused with history of the Kwasa  dance routine, made popular in Congo DR, by a Mechanic named Jeanorra.
The Kwasa dance is a front to back movement of the hip, while the hands follow the hips. Artistes like Kanda Bongo Man, Pepe Kale made Kwasa Kwasa popular in the 80’s across Africa.
Following the successful release of his superstar album in August last year,  which is his fifth studio album, Roberto has had collaborations with the likes of Mohombi, Patoranking, the Brathahood Crew, Dammy Krane and Jay Rox. The award-winning Roberto is now in the season of videos, promoting the project and releasing single tracks.