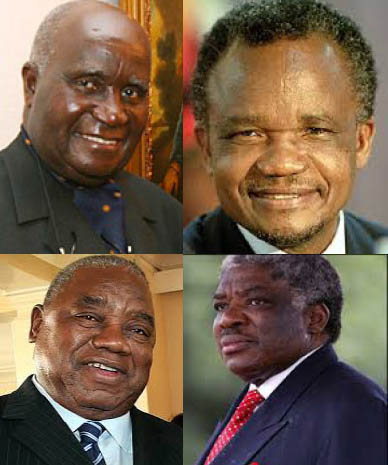 By Blessed Zulu
Many may have forgotten our background and some overlooked our peace and yet others may have put to rest the memories of our struggles.
With the little we know, however, it is vital to hold on to our independence and all its fruits. As we solemnly mark our Golden Jubilee Celebrations, let us paint a colourful picture of our great nation and shed light on the aspects of our freedom and also unearth everything that we may have buried.
The line: â€œWeâ€™ve won freedomâ€™s fightâ€ in our national anthem not only depicts the truth, but also stimulates strong bonds of unity. It is crucial to note that these bonds have been put in place after long periods of suffering and anguish in the clutches of colonialism.
Several men and women invested enough energy in liberating the nation. These include our founding nationalist, Kenneth Kaunda, Simon Mwansa Kapwepwe and Akashambatwa Mbikusita Lewanika.
Our struggle continued with such names as Malimba Masheke, Kebby Musokotwane, Mainza Chona, Nalumino Mundia, Daniel Lisulo, Gray Zulu and Harry Mwanga Nkumbula, and the list is endless just like the honour these great personalities deserve.
The ultimate pay for their work was national independence, and it was achieved on 24th October, 1964. Our heroes, whether alive or resting, outspoken or unsung, are never to be forgotten. It is their roles and love for nationality that has kept co-operation and national development to flourish. They shaped our political systems.
Our first independence day was the beginning of a new system of government under the leadership of Dr Kenneth Kaunda. He had his mind set on breaking all chains of bondage of colonialism, and this is also why we honour him. Dr Kaunda and his political party, the United National Independence Party (UNIP) dominated the first republic (1964 to 1972) and the second (1973 to 1991) with humanism as the main ideology.
Dr Kaundaâ€™s desire for national unity set in place a one party state, like a tree gathering its resources and raw materials and redistributing them to the people. Dr Kaunda preached progress. Truly, we are moving together with one heart.
At the beginning of the third republic (1991 to date), the late Dr Frederick Jacob Titus Chiluba and his Movement for Multiparty Democracy (MMD) took over on 2nd November 1991.
Dr Chiluba and his government promoted a multiparty system, which supplemented development through economic liberalization. He also declared Zambia a Christian nation in 1996. A rampant fire of development was lit and it continuously burns. This burning flame will remind us of his legacy and to him we dedicate the national anthem line: â€œLand of work and joy in unity.â€Â  Dr Chilubaâ€™s rule came to an end in 2002, he departed in 2011. May his soul rest in peace!
Room for even deeper progress was created after Dr Chiluba was replaced by Dr Levy Patrick Mwanawasa in 2002. It is this famed lawyer that polished up all efforts setup by Dr Chiluba and Dr Kaunda and all esteemed nationalists. He sought to root out corruption in the country and promoted the rule of law. This greatly built his perseverance and tolerance. His government also thrived at maintaining lower prices of goods and inflation, which ensured a stable exchange rate. A boom in the mining industry emerged with his rule. Having brought back economic stability and progress, he departed in August, 2008. May His Soul Rest in Peace!
No amount of loss can stop our nation from progressing and in 2008 Mr Rupiah Bwezani Banda was elected MMD and Zambiaâ€™s president. His focus was on fostering friendship and international contacts. As development is always to be enhanced, his rule proved just this. Where enhancement lies, change lies also. This change, however, is that of governments.
The ruler of our nation today, who is focusing more on development, the forward mover, is His Excellency, Michael Chilufya Sata of the Patriotic Front (PF). The age is new, and methods valid. He pursues success in energy generation and transmission, improvement of the transport sector, and small, medium and huge enterprise development.
In all our ups and downs, we have done more than just better our economy. We have seen progress from agricultural to industrial productivity. A critical balance has been struck now and stability ensured. The fact that we are able to sustain ourselves the way we do is astounding. The development of the mines, farms, infrastructure, the large national ventures and all communication systems not only prove our economic success, but also stipulate that no one has seen the best of us yet.
Warm faces and assuring smiles, humble greetings and generous hands and joyful consciences are what we exhibit. We are Zambians, and happy we are, and like our Zambezi, we will overflow to greatness. We are Zambians, and for sure we are: â€œAll one, strong and free.â€
We have come a long way, and our journey still goes on. We have had our minds refreshed, and we must not forget our past or forsake our success. For this great nation, may praise be to the Almighty God indeed. As we celebrate, keep it at heart that we are and always will be one Zambia and one nation. A jolly 50th Anniversary to all Zambians!
Footnote:
Blessed Zulu is a Grade 11 student at the KCM Konkola Trust Secondary School. This essay was the first prize award winning piece during an essay writing competition organized by Konkola Copper mines for students at its Konkola and Nchanga Trust Schools. The essay is intended to inform the nation on what young people understand about Zambiaâ€™s independence: KCM Public Relations Department.