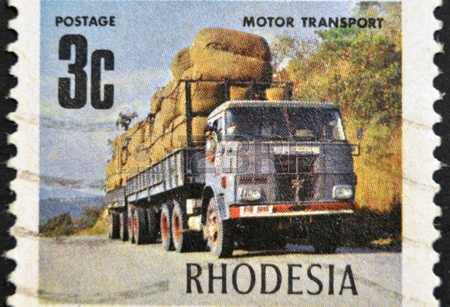 DOWN MEMORY LANE with AUSTIN KALUBA
THIS week, I take you down memory lane to traditional Zambia when the whites were just coming to the region we now call Zambia. I will add a few pieces from a latter period. I hope you enjoyed the column.
1. For administrative purposes, Northern Rhodesia was divided into eight provinces, and each of these was in turn subdivided into districts. As of 1962, Northern Rhodesia had forty-four districts. Each province was headed by a provincial commissioner. The provincial commissioner was responsible to the minister in charge of African Affairs for the â€œgood administrationâ€ of his province, and for the preservation of law and order.
2. A typical Native Authority comprised a chief, court clerk, assessor and a number of ba Kapaso (Native Authority policemen), with responsibility for collecting tax and maintaining law and order. The Kapasos and chiefs were hated by â€˜nativesâ€™ because they represented a system of governance that was very unpopular among the locals.
4. The District Commissioners like their agents, the overzealous Kapasos and chiefs were also hated and feared by Africans. District Commissioners known as Bwana Ndisis among Bembas would force Africans to carry them on palanquins from village to village on their duties. They demanded poll tax and were lavished with eggs and chickens. They also meted out directives for corporal punishment. The anti-colonialism ci-Bemba song Ichikoti chakwa Ndisi was composed as a satire for the cruelty of District Commissioners. The lines in the song went something like this: Ichikoti chakwa Ndisi/chabe chapombana/Nebo nganachimona/no mutima munda waya The District Commissionerâ€™s whip is coiled/When I see it/ My heart skips a beat). During the independence struggle, the song was changed with Welensky replacing District Commissioner.
6. The District Commissioners were incensed by the lack of toilets in African settlements. Africans preferred using the bush to digging a toilet because being seen going to a toilet had a stigma. Many chiefs were ordered to force villagers to dig toilets. The ci-Bemba saying kwabipa nga kumbali yamushi comes from the use of the bush to relieve oneself. The smell of feaces meant you were nearing a village. The District Commissioners also had a tough time forcing Africans to sweep their villages. Reluctance to build toilets in villages has persisted to date.
7. Africans could not pronounce the names of white officials and instead identified them with their activities or mannerisms. Thus a muzungu â€“Whiteman who liked smoking a pipe was called Kapaipi. A Whiteman who liked lemonade was nicknamed Bwana Mandimu. White men were called Bwana Mkubwa-ki-Swahili for Big Sir by Africans.
8. Africans wore calico wrappers. Earlier before the coming of whites they wore bark cloth â€“ichilundu. Young children especially boys wore nothing till they were older.
9. Some early white settlers in Zambia and other African countries mystified whiteness to dupe Africans. A Whiteman in Mkushi is reported to have been playing a gramophone and telling Africans that they were people talking and singing in the appliance. Another incident narrates a scene in Senga Hill of a Whiteman who was lighting up the sky with fireworks taking delight in the reaction from the â€˜natives.â€™
10. Africans soldiers who fought in the Second World War helped to plant the seeds of nationalism when they came back from war. Despite having little or no education, they were exposed to civilised societies, not to talk of fighting side by side with a whiteman who back home treated them shabbily. Some African soldiers even slept with white women in brothels, a major achievement then. There is also a famous incident of an African soldier shooting a whiteman in Burma and exclaiming â€˜I have killed a whiteman!â€™ The excited African run to the body with his disbelieving colleague and together they turned the body of the lifeless body just to be sure the muzungu was dead. Some 3,500 Zambians joined the armed forces to fight against the Germans in Tanzania (which was then a German colony). Between 50,000 and 100,000 Zambians joined the British army as porters. Worse much grain and many cattle were impounded for military use.
11. When the first Europeans arrived, the most powerful states in pre-colonial Zambia were the kingdom of Barotseland in the upper Zambezi, and the kingdom of Mwata Kazembe on the Luapula.
12.The colonial period can be divided into three eras as follows:
The British South African Company (1890â€“1924);
The British Colonial Office Administration (1924â€“52); and
The Federation of Northern Rhodesia and Nyasaland (1953â€“63).
13. Despite their shortcomings, the white settlers were not out rightly condemned by some Africans who quickly realised that they could offer alternative governance to cruel and greedy chiefs.

How can we fight maternal deaths?

Business side of Ncâ€™wala ceremony