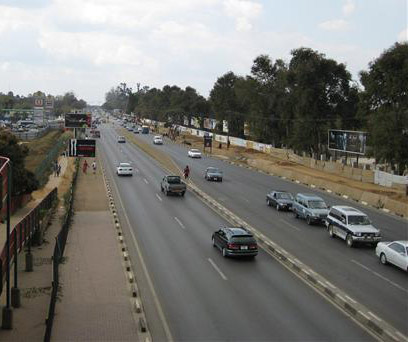 NEWTON SIBANDA – Lusaka
PREPARATIONS for the 13th African Road Maintenance Funds Association (ARMFA) annual general assembly to be held in the resort town in Victoria Falls Town next week got a shot in the arm when over US$100,000 was raised for logistical support at a dinner in Zimbabwe last week.
Giving his key note address at the fundraising dinner in Harare, ARMFA president Anthony Mwanaumo paid tribute to the Zimbabwe National Road Administration (ZINARA) and thanked those who dedicated resources in advancing the agenda of an Africa linked by a good and safe road network.
In a speech read by National Road Fund Agency (NRFA) head of corporate Support Crispin Chilikwela, Dr Mwanaumo stated that ARMFA, a non-profit making association whose objective is to develop a network for the exchange of experiences and information on the practices of financing road maintenance in Africa and the operation of the road funds, has limited financial resources as it largely depends on annual subscriptions from member countries.
â€œThe necessary resources needed for the hosting of an event of such an international stature as the 13th ARMFA annual general assembly cannot come from a single source. Our appeal for financial resources is aimed at mitigating some of the expenses which may not be covered from the meagre subscription fees,â€ said Dr Mwanaumo, who is also NRFA chief executive officer.
This is according to a statement released by NRFA public relations officer Alphonsious Hamachila yesterday.
And Zimbabweâ€™s Ministry of Transport and Infrastructure Development Permanent Secretary Munesuishe Munodawafa said that the major concern facing African governments is the road maintenance backlog and was glad to note that ARMFA would provide key solutions for the continent to preserve its road asset.
Part of the money raised at the fundraising dinner will be used to transport delegates to Harare, to familiarise with the tolling mechanisms initiated by that country.
The 13th ARMFA annual general assembly scheduled for February 22-28, will be attended by about 200 delegates from member countries which include Zambia.