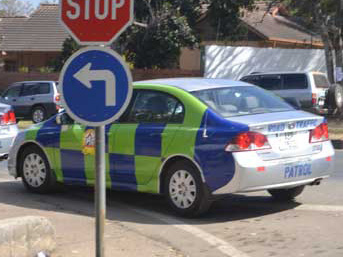 STATISTICS on road traffic accidents and fatalities indicate that Zambia has continued to record a reduction.
According to the 2019 Second Quarter Road Traffic Accident Report, the country recorded a reduction of 6 percent as compared to the same period last year.
Trends also indicate that the country has continued to post a steady reduction in the numbers of road traffic crashes and deaths over the past five years.
While it is acknowledged that the Road Transport and Safety Agency (RTSA) is doing a commendable job so far, it is also indisputable that more still needs to be done to curb road carnages further.
This is because despite the gains made, lives continue to be lost through avoidable road traffic accidents.
It does not matter whether it is one life lost or more! No life should be lost if it is humanly avoidable. Life must be safeguarded at all cost because of its irreplaceable value.
Needless to say, death through traffic accidents has devastating effects on families, organisations and the nation as a whole.
It robs families of breadwinners and organisations of human resource. The country as a whole also loses out on productive citizens capable of driving its development agenda.
Recently, and in a space of few days, over 10 lives were lost through traffic accidents on the Copperbelt and Muchinga provinces.
This is why President Edgar Lungu has directed RTSA acting chief executive officer Gladwell Banda to ensure that the agency intensifies highway patrols to save people’s lives.
President Lungu is concerned that in this short space of time, over 10 lives have been lost through traffic accidents.
On Sunday, six members of the Catholic Church in Chingola died while 26 were injured after a road traffic accident involving three vehicles on the Kitwe-Chingola road.
And on Wednesday, another six people were killed in a road accident on the Great North Road in Mpika district.
“It is sad that lives were lost in Mpika shortly after the accident on the Kitwe-Chingola road.
“I want to see intensified highway patrols because RTSA has equipment and vehicles to ensure motorists adhere to traffic rules. We cannot continue losing lives on the roads,” President Lungu said.
The Sunday accident on the Kitwe-Chingola road is said to have happened when the driver of a Rosa bus hit into a stationary Volvo truck before the Toyota, which was following behind, also hit into the bus.
In the Mpika incident, the driver of a Toyota Ipsum, which had seven passengers on board, failed to keep to his lane resulting in a head-on collision with an oncoming Scania truck and trailer tanker.
Certainly given the nature of accidents pointing to the deviance of motorists against traffic regulations, RTSA still has a lot of work to do to bring sanity on the roads.
As the President has rightly noted, RTSA is well resourced with vehicles to conduct patrols on highways to ensure that motorists abide by traffic rules.
Recently RTSA procured and mounted speed cameras on highways in Lusaka.
However, the recent accidents on the Copperbelt and Muchinga is an indication that RTSA needs to source for more speed cameras and spread them to all parts of the country to enforce speed limits for motorists.
In as much as RTSA is mandated to ensure road safety through enforcement of regulations, it is also the responsibility of all road users – pedestrians, cyclists and motorist- to ensure that they adhere to road safety rules to not only safeguard their own lives but that of others.
It is imprudence of the highest order for any road user to endanger their lives and those of others when they have the power to act otherwise.
Responsibility towards road safety should start at individual level. All road users should know that usage of the road is governed by regulations for their own good.
Road users who abrogate road safety rules should understand that their actions are tantamount to committing suicide and murder.
This is where RTSA and Zambia Police Service traffic unit come in, to protect innocent road users from deviants.
RTSA and Police should not relent in bringing to book any road user that endangers his life and that of others.
All in all, achieving the highest level of road safety requires concerted efforts from all road users and road traffic regulation enforcers.

A new dawn beckons
That’s the way to go