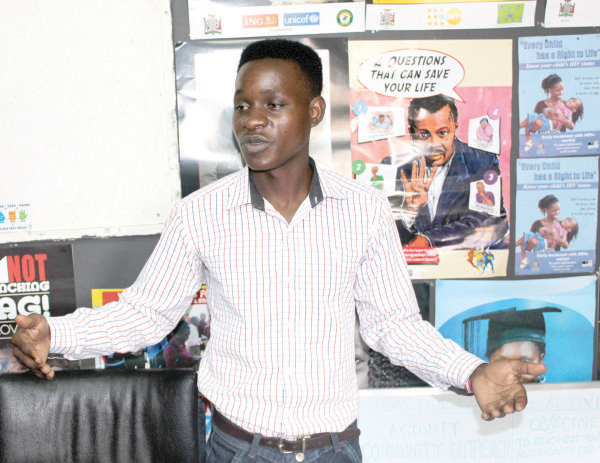 NKOLE NKOLE, Lusaka
MANY people agree that HIV is not a death sentence and 24-year-old Anthony Zulu is a living testimony of this.
As an HIV-positive activist, he believes people in relationships must make it a point to practise safe sex and communicate regularly about safe sex. The key to a healthy life with HIV lies with how people take care of themselves, he says.
Anthony is based in Lilanda where he lives with his aunt and five cousins.
His parents died when he was very young and so as a child he was left in the care of his grandparents who lived in Ndola.
Since 2015, Anthony has worked as an HIV peer educator under the Centre for Infectious Disease Research in Zambia (CIDRZ) at Matero First Level Hospital.http://epaper.daily-mail.co.zm/

Tagsheroes Live it Rising speak it work it