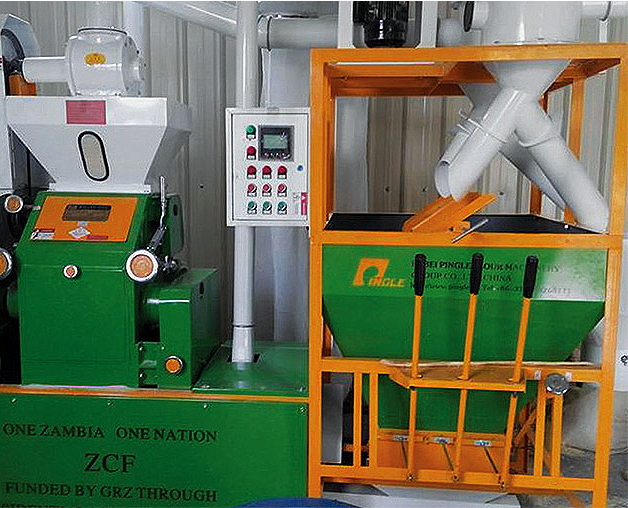 IN 2015, Government rolled out the Presidential Solar Milling initiative under which 2,000 plants were to be constructed across the country.
The main aim of the project was to reduce the cost of mealie meal and promote employment for the people of Zambia, especially those in rural parts of the country.
The project, whose total sum is estimated at US$200 million, is mainly funded through a loan from the Development Bank of China.
According to the Zambia Cooperatives Federation (ZCF), through which the project is being implemented, so far 1,600 solar milling plants have been constructed across the country.
It is also estimated that 6,000 jobs have been created since inception of the project in 2015.
While it is good that significant progress has been made in the construction of the solar milling plants and provincial service training centres, it is of concern that this is not the case where actual utilisation of the facilities is concerned.
Gloomy reports have emerged of how some of these solar milling plants have become white elephants in some areas.
For instance, ZCF Director-General James Chirwa is on record to have bemoaned the vandalism and theft of solar panels meant for the milling plants in some areas.
It is reported, and worryingly so, that some milling plants have broken down due to lack of necessary expertise by users who mostly depend on trial and error techniques.
Among the 1,600 solar plants across the country, it is not known how many are functional but it is clear that some have become white elephants.
This is why President Edgar Lungu is challenging provincial ministers, who are anchors of development in their provinces, to explain why some solar milling plants have become white elephants when they can be used to mitigate the high mealie meal prices.
President Edgar Lungu is not happy, and justifiably so, that some solar milling plants have become white elephants despite efforts by the ZCF to install them in most parts of the country.
“I want to have an update on the solar milling plants which have been spread all over the country. I know that some have become white elephants. Why have some of them become white elephants when the Zambia Cooperative Federation went to a whole length to ensure that they install so many milling plants.
“If they are not working because they are in a wrong place, what are we doing about it? So I expect to hear a lot from you because you are the anchors of development. If time won’t be enough, we will continue even tomorrow but I want to know what is going on,” he said.
The President is right in demanding for answers especially that a lot of money was invested into this project.
To implement the project, Government borrowed money which has to be paid back with interest.
For a country that is trying to find its feet economically, Zambia cannot afford to waste resources in that manner.
Every coin spent must be accounted for and utilised to ensure value for the country.
It is therefore irresponsible for whoever is charged with the responsibility of managing these solar plants to allow them to go to waste.
Needless to say, this is supposed to be a signatory project for Government, given its potential positive impact if well implemented.
With the unstable mealie meal prices on the market, it cannot be disputed that the initiative is good but only needs to be managed properly to reap the benefits.
The initiative, if well managed, can help provide affordable mealie meal for rural communities, thereby stabilising the price of the staple food on the market.
If up and running, the solar milling plants can also create jobs for the locals thereby improving livelihoods and reducing poverty.
Running these solar plants is not rocket science. It can be done as long as people charged with the responsibility to do so commit themselves to the task. The solar milling plant in Bauleni is one good example.
Even as the ministers report back to the President on the state of solar milling plants, we expect good strategies on how to ensure that all the solar milling plants constructed are serving their intended purpose
The country should get value from the investment. In fact the same solar milling plants should generate money to offset the loan from China Development Bank.

Keep rats out of hospitals
ZIALE at it again