THE issue of retirement benefits is one that never misses conversations in the employment sector. Added to the subject is the debate around the age at which an employee can retire.
In Zambia, both aspects have over the years presented mixed emotions with regard to how they are woven around legislation.
The National Pension Scheme Authority (NAPSA), the institution mandated to manage employees’ contributions and benefits, has put in its policy various guidelines on how workers can be helped in meeting their socioeconomic needs when they are no longer able to work.
For some time now the well-known age for retirement has been 55, but there has been a revision to include the options of 60 and 65.
But while every consideration has been taken to allow workers to choose at which age they can retire, there is still concern about the long duration a person has to wait before he or she can be eligible to access the pension.
This situation has caught the attention of President Hakainde Hichilema, who feels the system is not ideal for the prospects of people who want to invest their money in business early in their lives.
Responding to citizens’ expectations from his government on Radio Phoenix yesterday, President Hichilema said the new dawn administration will work out measures where workers will be accessing part of their pension from NAPSA before they retire.
“We are looking at NAPSA, we won’t say more, but our commitment to allow pensioners [to] access funds will be fulfilled,” he said.
The President’s sentiments must be heart-warming to many people who are still in gainful employment, particularly that the current payment system to retirees by NAPSA allows one to get only a small monthly stipend.
If examined beneath the surface, the monthly salary to retirees smacks of exploitation of workers.
People sacrifice their meagre salaries and wages for years to contribute towards their pensions. How sad that when time comes for them to invest their benefits, they are limited to a small monthly allowance.
People should not be reduced to begging NAPSA to have access to their money they toiled for under difficult circumstances.
We implore the authority to take President Hichilema’s concern, or guidance, over people’s retirement payments seriously.
Many retirees in Zambia are wallowing in poverty because their money is being held by NAPSA under the guise of keeping it for their future.
The authority has over the years made a lot of investments using workers’ contributions and yet it has continued embracing unfair conditions of payment to retirees.
We also urge the labour movement to support President Hichilema on this matter so that retirees reap the full benefits of saving with NAPSA.
It’s not every worker who has the opportunity to build a house while still in employment because circumstances in terms of salaries differ from one employer to another.
So, most of them look forward to building a house or going to the village after they are paid their pension by NAPSA.
Besides, the authority’s current methods of payment do not take into consideration Zambia’s reduced life expectancy.
According to the World Bank, the country’s life expectancy at birth stands at 64.12 years. Last year it stood at 63 years.
Obviously this is a gloomy picture when you have to consider an employee opting to retire at 65 having to wait for the benefits in vain.
We also urge employers to fulfil their obligations of remitting workers’ contributions to NAPSA so that people can enjoy their retirement knowing that their employers took care of their future.
Retirees should not be forced to suffer the pain of receiving small amounts of their benefits from NAPSA when they should be investing it in bigger projects.
Understandably, the rationale behind one receiving a monthly wage against their benefits until death is to ensure that they do not become destitute.
This is well and good, but how can one not become destitute with a wage that may not sustain a standard of living carved over many years of hard work?
The President has set the tone for reforms at NAPSA and it is up to management, in consultations with all stakeholders, to act accordingly so that workers can look forward to retirement. 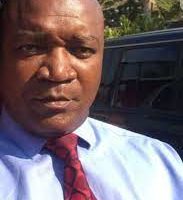