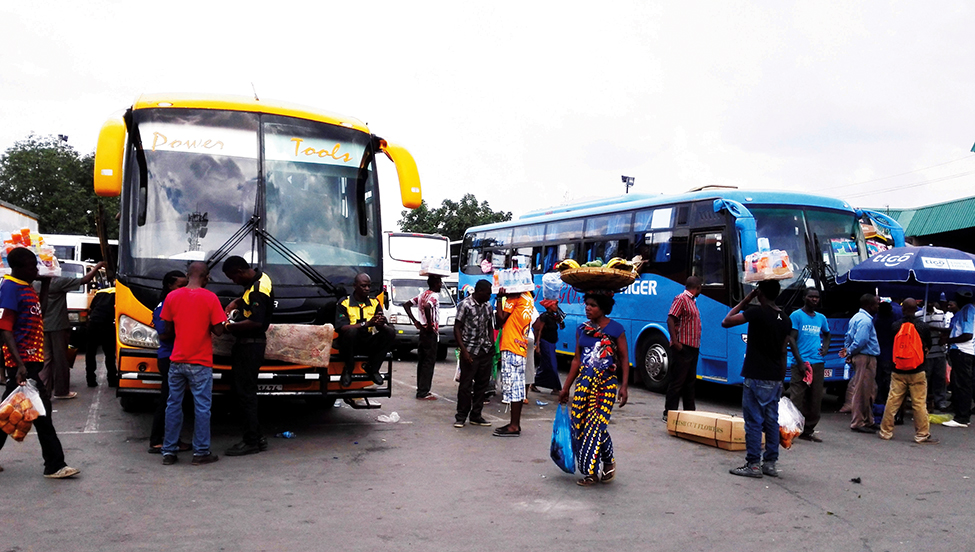 ACCORDING to drivers, many entrepreneurs prefer travelling in the night to reduce the cost of doing business.

VIOLET MENGO, Lusaka
THE heart-wrenching road traffic accidents on most roads in Zambia have impacted negatively on family lives, friends, work-mates and government too.
Barely a month passes without the country recording road traffic accidents which mostly result in death and serious injury of people.
While public service vehicles (PSV) account for 48 percent of road accidents compared to private vehicles which stand at 52 percent, a large proportion of fatalities are recorded on passenger PSVs because they tend to carry more people in a single trip.
According to the Road Transport and Safety Agency (RTSA), 68 percent of road accidents among passengers PSVs occur during the night, while 38 percent during the day.
The agency says goods (carrying) PSVs account for 55 percent accidents at night, and 45 percent during the day.
In an effort to reduce the number of accidents on roads, Government through the Ministry of Transport and Communication recently issued a Statutory Instrument (SI) restricting the movement of PSVs during the night.
Minister Brian Mushimba stated when he issued the SI that there is sufficient evidence that shows that PSVs, both passenger and goods carrying ones, contribute significantly to road traffic crashes occurring at night.
â€œNight driving increases the risk of a road traffic accident because of poor visibility, increased fatigue and sometimes alcohol abuse,â€ Mr Mushimba said adding, â€œNight driving is also characterised by careless driving with excessive speed.â€
Deeply concerned by the high and rising frequency of road fatalities, Government is putting in place measures that will ensure the trend is reversed.
The SI number 76 of 2016 on PSV has restricted night driving to curb the incidence of accidents at night, and it comes into effect on November 27.
This means that a person or owner of a PSV will not use the vehicle or cause or permit the vehicle to be used between 21:00 hours and 05:00 hours the following day.
Mr Mushimba also urged the private sector to invest in truck parking infrastructure and overnight bus stops with internationally acceptable standards.
And RTSA chief executive officer Zindaba Soko says the SI which has banned night travels for PSV is justified.
Mr Soko, who agreed that research has shown that most of the fatal accidents happen in the night, said the ban follows a process of extensive consultation.
â€œThe issuance of the SI follows scientific evidence which started in 2013 measuring the size of the problem with regard to road accidents. We discovered that PSVs accounted for 72 percent of all road fatalities,â€ Mr Soko said.
He also revealed that after interacting with bus drivers, it was discovered that most of them are fatigued as they are asked to work for 18 Hours.
Mr Soko said the recommended number of hours of travel is eight hours.
Other causes of road accidents, according to Mr Soko, include the use of second-hand tyres, drunk driving, unlicensed driving and the use of vehicles that are not road- worthy.
â€œReducing road traffic accidents should take a multi- sectoral approach and the SI is just one of them,â€ he noted.
This law was made in the spirit of ending accidents among PSVs at night. Government is losing about K4 million per year on road accidents.
While Government aims to reduce the number of deaths occurring on most roads, the introduction of the SI has been received with mixed feelings by different sectors of society.
Some feel Government has done the needful by restricting PSV movements in the night, while others feel the decision taken is baseless, unrealistic, aimless and unjustified.
Bus and Taxi Drivers Association of Zambia (BTDAZ) spokesperson Amis Daudi, who feel the ban will negatively affect business, has asked Government to reconsider its decision.
Mr Daudi feels Government should have engaged stakeholders before signing the SI.
â€œThere are other ways that Government can reduce road traffic accidents such as expanding roads, street lighting, especially with the coming of toll gates where money for road maintenance is collected,â€ Mr Daudi said.
However, contrary to Mr Daudi, the former Zambia Bus and Taxi Workers Union president, James Liambai, had in 2014 implored Government to ban long distance buses from moving at night.
Mr Liambai said the ban will help avert accidents that occur in the night.
He said in as much as people want to move from one town to the other in search of business, there is need for government to ban buses from moving after 19:00 hours.
Mr Liambai attributed the high number of accidents the country has continued to record to buses travelling at night.
And PSV drivers talked to at Lusakaâ€™s Intercity Bus Terminus unanimously agreed that the move to ban PSVs from moving in the night will have an effect on small entrepreneurs.
According to drivers, many entrepreneurs prefer travelling in the night to reduce the cost of doing business.
â€œOur role as drivers is to transport people from point A to B, within the shortest possible time and if Government puts a restriction, we all are affected,â€ one driver said.
Notwithstanding divergent views on SI 76 of 2016, Zambia requires the involvement of all stakeholders to curb the escalating road traffic accidents that the country has been subjected to in the recent past.

Banking and security of customer accounts

A Christmas spent with the underprivileged

Life for Zambians in diaspora amid COVID