CHIMWEMWE MWALE, Livingstone
IN CASE we forget, Zambia is emerging from a serious power shortage caused by the 2014/2015 partial drought which affected the country and the entire Southern Africa.

Apart from the low water levels in most of the reserviours in Zambia, where hydro power stations are located, the power deficit was compounded by the inability in the past to attract new investments in electricity generation on account of several reasons, including low electricity tariffs.

And President Lungu does not ‘mince his words’ about this failure and the way forward to correct the situation through cost reflective tariffs after the country was ‘once bitten and became twice shy’.
President Lungu says the decision by his administration to increase electricity tariffs to 75 percent is a “political suicide decision” aimed at reducing poverty.
The head of State said this recently when he officially opened the 19th congress of the Association of Power Utilities in Africa (APUA), which attracted over 500 delegates from 56 countries from Africa and beyond.
The congress was dubbed, ‘Promoting emerging economies in Africa through sustainable energy development.’
President Lungu said the increase in electricity tariffs was a bold decision aimed at attracting investments in the electricity sector to avoid power deficit in future and effectively reduce poverty.
“I do not want to continue presiding over a poverty-stricken country and we took a politically-suicidal decision to increase electricity tariffs. If it means being fired in 2021, I’ll go! But I will be pointing at achievements and a good legacy,” the President MWENGEasserted.
Zambia’s energy deficit was slightly over 1,000 megawatts (MW), but it was reduced to about 400 MW as a result of measures put in place by Government.
President Lungu said Government is now pursuing an ambitious programme to attract investments in the energy sector especially from renewable sources such as solar, wind and waste-to-energy projects.
He said Government has also resolved to pursue the use of nuclear energy for peaceful purposes to expand the domestic economy and exportation.
President Lungu said Government has also embarked on the development of various regional projects to strengthen interconnection with neighbouring countries in a bid to increase and sustain access to affordable electricity.
It is undeniable that affordable and reliable electricity underpins every aspect of social and economic life.
According to statistics by APUA, two in every three Africans totaling around 640 million have no access to electricity.
This is despite Africa’s massive resources and potential for both conventional and renewable energy.
President Lungu vows that “this must change!”
“Time has therefore come for us to drive a viable energy agenda mix which includes solar, wind, hydro, geothermal and coal and fossil fuel power generation to light up Africa and adequately meet domestic and industrial needs,” Mr Lungu said.
As a demonstration of Zambia’s commitment towards increased power generation and subsequent electrification, President Lungu directed Minister of Energy David Mabumba to increase the target for rural electrification from 51 percent to 90 percent by 2030.
Currently the reach is only four percent. Over 90 percent of the world population without electricity is in Africa entailing one billion people living without electricity.
The President said this is in tandem with Zambia’s ambition to become a middle income country by 2030, which would not be possible without increased power generation.
“According to the Vision 2030, Zambia will become a middle income country by 2030. Energy demands will increase to levels where if we do nothing now, the situation will be unsustainable,” President Lungu said.
And Zesco managing director Victor Mundende, who has taken over the chairmanship of APUA from Angola’s Antonio Jose Neto until 2020, said the taking up of the position by Zambia will help the country become a hub for electricity generation on the continent.
Mr Mundende said in an interview on the sidelines of the APUA congress that this will be done through interconnectivity of power among countries in the continent.
He said power companies in Africa will enhance supply of electricity in their respective countries through importation and exportation of the commodity via interconnectors which Zesco is also developing.
Mr Mundende said this will effectively help mitigate power crisis in African countries including Zambia in tandem with the vision of APUA.
“We want to ensure that we bring development in the energy sector and integrate power utility companies. The primary aim of APUA is to integrate power utilities and trade with each other.
“As Zesco, we have a number of interconnectors, which we are developing and we will ensure that the vision of APUA is carried forward,” he said.
In an effort to strengthen interconnection with neighbouring utilities and promote shared regional resources Zambia is developing a number of projects aimed at facilitating power trading between countries and forestall power shortages.
The transmission interconnectors include the Zambia-Tanzania-Kenya, Zimbabwe-Zambia-Botswana-Namibia (ZIZABONA), Zambia-Democratic Republic of Congo (DRC), Zambia-Mozambique and Zambia-Malawi.
Other projects include the Batoka 2400 megawatt with Zimbabwe and the Luapula River 1200 MW trans-boundary hydropower project with DRC.
Mr Mundende commended President Lungu for providing “able and exemplary leadership” demonstrated on issues concerning the energy sector particularly in the electricity supply industry.
“We recently received support from Government and other stakeholders to make a justifiable increase of electricity tariffs by 75 percent. We thank Government for this gesture and initiative. It is certainly not in vain but it is a step in the right direction.
“We in Zesco will seek to ensure that we play our part to foster an understanding with customers and stakeholders by doubling our efforts towards making it easy for people to live better lives,” Mr Mundende said.
And Mr Mabumba has appealed to investors to take advantage of the Zambia’s conducive investment environment and invest in the energy sector.
The Minister said Zambia is well positioned in the region with a population of over 600 million people which is sufficient market for the exportation of power to countries in the region through the interconnectors which are being developed.
And Standard Chartered Bank managing director Herman Kasekende commended President Lungu for providing a conducive business environment and stability in the country which has resulted in the attraction of more investments.
He said the bank remains committed to the development of power generation and supply.
“Investments can only follow stability, they shy away from places without stability,” he said
The blue print has been outlined and the projects being undertaken in the energy sector under President Lungu’s administration are evident that Zambia will no longer ‘put eggs in one basket’. 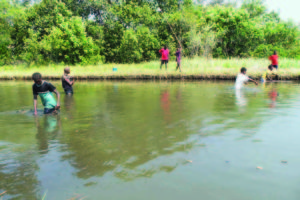 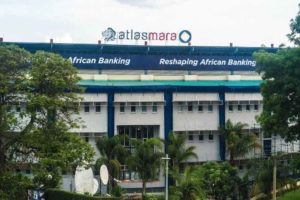