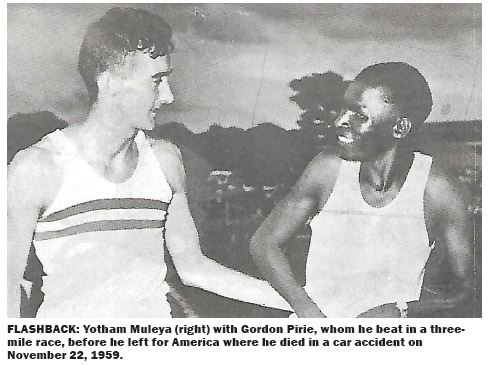 MOSES WALUBITA, Lusaka
IT will be 60 years since Zambia, then Northern Rhodesia, lost one of its greatest athletes, Yotham Muleya.
Muleya died in a car accident on November 22, 1959 in the United States of America with compatriot John Winter.
Two Americans in the other car were also killed.
Muleya and Winter died on their way for a race at Mt. Pleasant.
They were on study scholarships at Michigan University.
On November 16, 1959, both set off from Salisbury Airport in Southern Rhodesia (now Zimbabwe).
On May 27, 1958, Muleya stunned people at Hodgson Technical College (now David Kaunda Technical Secondary School in Lusaka, when he set up a new Northern Rhodesian and Federal record in the three-mile race, beating Malihoo of Chalimbana. CLICK TO READ MORE