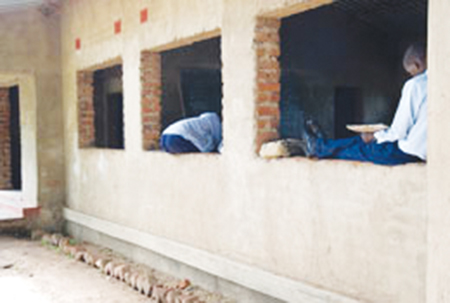 CHAMBO NGâ€™UNI, Mumbwa
MUMBWA district commissioner Felix Ndopu has urged the Ministry of General Education to release money for the completion of Shimbizhi Day Secondary School in chief Mumbaâ€™s area.
The K15 million project started in 2013 but has stalled since 2015.
Mr Ndopu said once the school was completed and opened, the challenges pupils in Chief Mumbaâ€™s area experienced in accessing secondary education would end.
â€œWe have a situation in some cases where pupils are covering 10 kilometres to reach Mumbwa Secondary School,â€ he said.
Mr Ndopu said the opening of Shimbizhi Day Secondary would help pupils access secondary education within a manageable distance.
He said there would also be a relief for parents who were spending a lot of money to send their children to other secondary schools.
â€œWe have primary schools but our people are having challenges in accessing secondary schools. This is why we will be happy if Shimbizhi Day Secondary is completed,â€ Mr Ndopu said.
He said the school would have eight classrooms, two laboratories, a library, an assembly hall, 10 houses for teachers and ablution blocks for male and female pupils.
And Mr Ndopu said the construction of a trades school would address the shortage of tertiary education in Mumbwa.
Mr Ndopu said the trades school would cost K4.5 million and that the project was at phase one.