MONICA KAYOMBO, Lusaka
WHEN he revised his riveting autobiography An Extraordinary Life for the fourth time at the age of 65, Vernon Johnson Mwaanga said he was proud to reflect that he had indeed achieved enviable success.
He said at school, he became a prefect and captain of the football team. During the struggle for independence, he quickly rose to the rank of regional secretary. When he joined the diplomatic service, he rose to the rank of ambassador. When he was in the civil service, he quickly rose to the rank of permanent secretary. As a journalist, he made it to the top as editor-in-chief of what was then the largest circulation newspaper in Zambia. 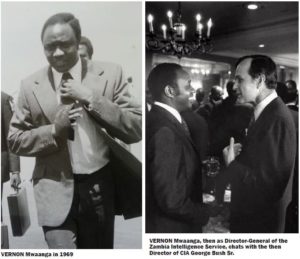 After he returned to politics, he rose to the rank of Cabinet minister and became a member of the all-powerful Central Committee of the then ruling party, UNIP. When he resigned and got involved in business, he rose to the rank of chairman and managing director of a number of companies and chairman of an international bank. He also served as chairman of the Zambia Industrial and Commercial Association now renamed ZACCI, embracing all the chambers of commerce in the country and in which capacity he became the chief spokesperson of the country’s business community.
He was also patron of the National Union of Zambian Students. When he got involved in sport, he was elected chairman of the Midlands Lawn Tennis Association. He was also appointed Commissioner for Oaths by the Chief Justice in 1972 and also served as patron of the University of Zambia Business and Economics Association (UNZABECA) and the University of Zambia Political and Administrative Studies Association (UNZAPASA).
“This is a record of achievement which can, at most, be matched only by a few,” he says. “I can honestly claim that I achieved this through dedication and hard work. But I was able to rise because of the opportunities which my country afforded me to serve in some very high positions.”  http://epaper.daily-mail.co.zm/

Happy to have opportunity to learn to read, write

Gen. Simbeye: End of an era