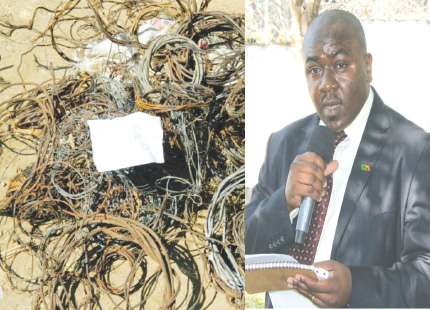 IT’S WILD with SAKABILO KALEMBWE
Iâ€™M coming out of the South Luangwa as you read this inscription.
We were here with several other lovers of our beautiful flora and fauna to support the Nkalango Music festival, an anti-snare campaign organized by Chipembele Education Trust that was staged at Mfuwe Airport Grounds yesterday.
This was the pinnacle of several preparatory discussions organsised by different stakeholders among them the Wild Wild Fund (WWF) for Nature, Zambia Wildlife Authority (ZAWA), and Chipembele Education Trust who strategically developed the event.
Absolutely, it was agreed that use of snares by bush meat poachers as a silent method ofÂ illegally killing wildlife is increasing at an alarming rate in all major rural wildlife areas especially in the game management areas and national parks.
According to the ZAWA director general Kampamba Kombe, wire snaring is wide spread and is one of the top threats to wildlife conservation in Zambia today.
â€œSnaring causes death and wounds a lot of wildlife and this loss is deeply regrettable as it takes away a valuable resource for both consumptive and non-consumptive use,â€ he said at a breakfast meeting held in Lusaka last week.
Kombe said at least 100 elephants have had snares removed in the same period (which translates to roughly three elephant de-snaring operations per month!)
â€œWhat I have described is just in one game management area and is far from representing the national picture across our game management areas (gmas), national parks, and vast open and communal areas,â€ he says.
Kombe noted that the cost of de-snaring animals is high.Â  Snaring continues to drain government resources as we have to continuously undertake anti snaring operations (snare recovery, de-snaring, and treatingÂ wounded animals).
He urged various stakeholders to partner with zawa in the fight against snares as an integral part of our wildlife management efforts.
Meanwhile WWF Species and Protected Areas Coordinator Moses Nyirenda says snaring create very big wounds in animals since they trap wildlife from different parts including the neck, the body and limbs.
He notes that some untargeted species whose conservation statuses are already threatened like the wild dogs are also not spared.
The African Wild Dog faces various threats to its survival: predation by lions, diseases transmitted from domestic dogs, loss of habitat and persecution by man including by the vice discussed above.
But not all is lost; in the South Luangwa National Park, the population of dogs appears to be recovering, with several reported sightings of packs with puppies.
According to information obtained from the Bush Camp Company within the park, in recent years the conservation work of the Zambian Carnivore Programme has greatly increased our knowledge of these fascinating animals and has helped in maintaining a healthy population.
In recent months the dogs established a very productive den near to Kuyenda Bushcamp, where, at the last count, eleven pups were born.
By now the youngsters are starting to move greater distances and will soon be joining the adults as they go further afield in search of suitable prey.
Eventually young females will disperse from their birth pack at 14 to 30 months of age and join other packs. Males typically do not leave the pack in which they were born.
This is unusual among social mammals, among which the core pack tends to consist of related females.
Till next week when I gag my South Luangwa experience, I sign out!
Write to: kzax2000@yahoo.co.uk
skalembwe@daily-mail.co.zm