MWAPE MWENYA, Chisamba
RECKLESS intake of sex stimulating herbs by men is allegedly contributing to the increase in cases of rape, incest and defilement in Chisamba.
This was revealed by both men and women who attended a three-day sensitisation workshop by Makeni Ecumenical Centre dubbed â€˜Breaking Cycles of Early Marriages and Teenage Pregnanciesâ€™.
The men revealed that they buy the herbs from bars and mix with opaque beer.
And Makeni Ecumenical CentreÂ  HIV/AIDS co-ordinator Catherine Oreta said in an interview that the aim of the workshop was to establish the root cause of high levels of incest, rape and defilement which have become rampant in the area.
â€œWe believe this can be done by breaking the cycles of teenage pregnancies and early marriages, this is so because most of these vices are happening within homes and people in the same communities,â€ Ms Oreta said.
She said her organisation with financial support from Non-Governmental Co-ordinating Council (NGOCC) trained 20 youths and 20 adults as agents of change on issues of teenage pregnancies and early marriages.
Ms Oreta said eight bicycles have also been donated to the community for the same programme.
â€œThe bicycles will ease movements for the trained participants who will be going round the communities to sensitise about the dangers of early marriages, teenage pregnancies, defilement and incest,â€ she said.
She has implored the participants to ensure that the bicycles are used for the intended purpose and not for unrelated errands.
And one of the facilitators for the same programme, Monica Shinkanga said the programme was designed to train both the youths and adults in an effort to find a lasting solution to vices.
â€œSome people who confided in me have told me that incest in the area is rampant, some men sire children with their biological daughters while others just defile them for selfish reasons, this is why we are also training adults because we want them to educate each other,â€ Ms Shinkanga said.
She said some cultural practices, lack of sexuality education (which in this area is considered a taboo) and ignorance are also contributing to cases of defilement, incest and rape. 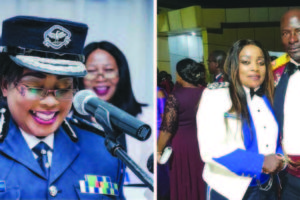