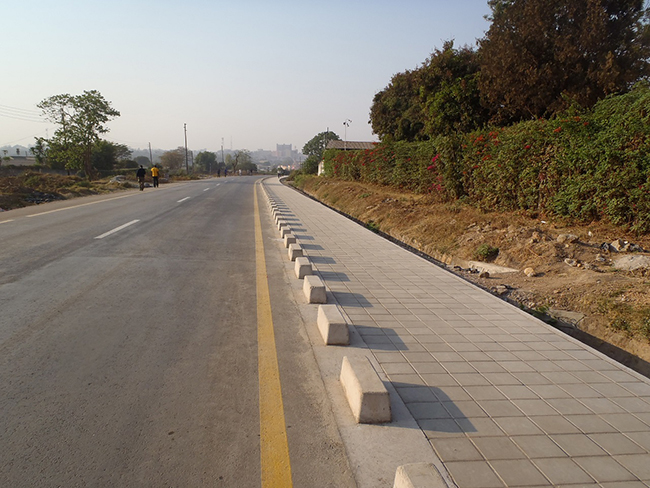 CATHERINE MUMBA, Lusaka
THE Road Development Agency (RDA) has started implementing phase two of the rehabilitation and upgrading of 160 kilometres of township roads in Lusaka at a cost of K241 million under the L-400 road project.

Government, through the RDA, embarked on a robust project in 2013 involving the engineering design, rehabilitation and construction of approximately 400 kilometres of urban roads in Lusaka.
RDA communications and corporate affairs director Loyce Saili said in a statement recently that the project will be executed by AVIC International Zambia Limited within a period of 36 months.
Ms Saili appealed to road users to cooperate with the contractor and use alternative routes during the period of the works.
Ms Saili said the project involves rehabilitation and upgrading of approximately 160 kilometres of roads in the city of Lusaka and surrounding areas.
“Further, the agency wishes to appeal to all road users and members of the public to cooperate with the contractor by observing rules and road signs that will be placed on selected roads during construction. Road users are further encouraged to use alternative routes during construction,” she said.
Ms Saili said the agency will closely monitor the works in line with its mandate to ensure the contractor delivers according to contractual specifications.
The agency announced early this year that it would, under the project, expand the 7km stretch of Lumumba Road from four to six lanes, develop 10kms of Mungwi Road into a dual carriageway and part of the Great North Road up to Kabangwe.
Phase one of the US$348 million L-400 project has since been completed. It involved the construction of 408km of roads, among them Chilimbulu and Burma roads in Kabwata residential area.
The project was a 43 months road venture to upgrade some selected roads in Lusaka to bituminous standards.