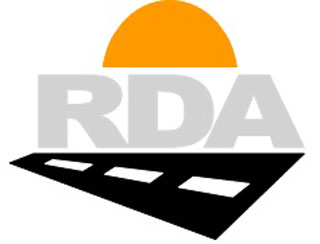 THE deteriorating state of Zambia’s roads and bridges countrywide is now a source of unprecedented concern and this calls for a proactive approach by the Road Development Agency (RDA).
The latest major structure to suffer damage in the wake of heavy rains that have swelled rivers is the bridge on Great North Road on Lifune stream.
The bridge has been completely washed away in Danger Hill area, about 25 kilometres north of Mpika.
As a result of the washing away of the section of the road, drivers with heavy vehicles going to Nakonde and Isoka were being re-routed to the Mpika-Kasama-Mbala-Nakonde route.
Last December, the Msuzi road on the Chipata-Lundazi road in the Eastern Province was washed away, leaving road users on both ends stranded.
While the rainy season is a welcome period, it can render the state of some roads impassable by the washing away of a bridge, especially in areas which experience heavy rains or flash floods.
A disruption in the flow of traffic is costly to Zambia’s economy because some of the roads that are affected are of great economic benefit at both individual and national levels.
The Great North Road links Zambia to the East African ports of Dar-es-Salaam and Mombasa.
The road promotes trade by linking Zambia to these ports so that our goods get to the markets abroad or goods from abroad find their way into our country.
Because of this, the traffic on a road like this one is bulk transportation, which by its nature is bound to contribute to deterioration of a road and other road facilities on the way.
It is also known that the number of individuals who depend on roads to beef up their stock is huge and any disruption in the flow of traffic has a negative impact on their sources of livelihood.
In a way, it may mean that economic activity is slowed down and the effects can be devastating, no matter the level.
The Great North Road has not been in the best of shapes for some time now, a fact well known, and it is on such roads and bridges that RDA should seek to prevent any disaster before it strikes.
It is also clear that some of the bridges and roads suffer damage because of vandalism by those who live in the vicinity of these facilities.
It should be realised that Government spends huge sums of money to make the livelihoods of its citizens affordable and any form of vandalism that renders bridges and roads unusable should not be tolerated.
The people who vandalise the facilities should not be spared at all so that any punitive action that is taken against them serves as an example to others.
Development entails that there is an upward movement in the quality of life and given the competing needs the country has, Government cannot afford to always get back to the projects it has completed.
Everyone, therefore, bears the responsibility to safeguard Government facilities aimed for their benefit so that the limited resources are channelled to the more needy areas.
At the same time, we, as individuals in our communities, know those who work against Government intentions by vandalising installations, and so let us resolve to help Government to bring such culprits to book by reporting them.