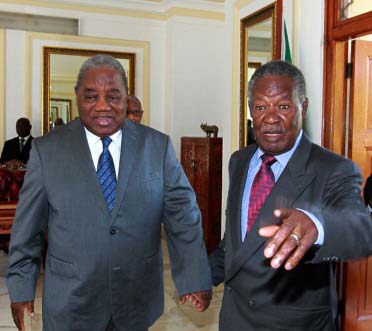 ALVIN CHIINGA, Lusaka
FORMER President Rupiah Banda has described late President Sata as a passionate and determined competitor who should be mourned with dignity and honour.
He has appealed to Zambians to set aside their political differences and embrace the humanity and dignity that defines them as a people.
In his message of condolences issued by deputy administrative assistant Kennedy Limwanya, Mr Banda said the late president was a Zambian, in body, soul, and spirit.
He has urged all Zambians to remain patient and have trust in one another as the country mourns the late head of state.
â€œBrothers and sisters, we find ourselves in mourning today with the devastating news of our Presidentâ€™s passing,â€ he said.