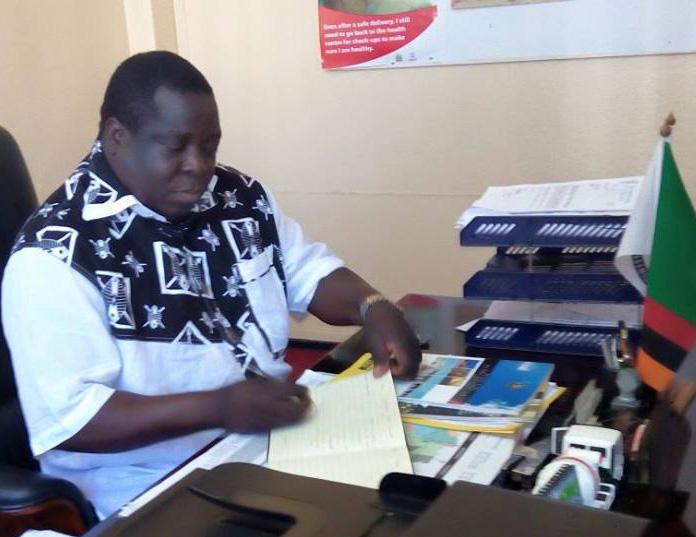 MWILA NTAMBI, Kitwe
MINISTER of Information and Broadcasting Services Chishimba Kambwili has directed district commissioners and town clerks countrywide to pull down political campaign billboards within three days.
Speaking when he paid a courtesy call on Kitwe district commissioner Chanda Kabwe yesterday, Mr Kambwili said the country cannot be politicking through and through.
â€œI am directing all DCs and TCs to pull down campaign billboards.Â  We only have one President and that is Mr Edgar Chagwa Lungu. Pull down these campaign billboards within the next three days,â€ Mr Kambwili said.
He added that campaign posters are making some politicians think that they were also presidents.
He said the campaign period as prescribed under the electoral laws has a time-frame and that the country cannot be in a perpetual campaign mode.
And Mr Kambwili is disappointed by councilsâ€™ failure to maintain newly-constructed township roads across the country.
He said it is unacceptable for new roads to begin developing potholes while councils watch and do nothing about it.
â€œCouncils should start budgeting for the maintenance of these roads. Government has constructed them at a huge cost and we need to maintain them. Let us also maintain drainages,â€ he said.
Mr Kambwili, who also toured Zambia Daily Mail offices, was in Kitwe to familiarise himself with operations of media institutions in the district.
On the challenges facing public media institutions, Mr Kambwili said recapitalisation is the way forward.
He said once the institutions are recapitalised and their statutory debt sorted out, adverts from Government departments must be paid for upfront.
He said he is personally committed to resolving the problems at Times of Zambia by ensuring that pronouncements are followed up with action.
At the Mail office, Mr Kambwili said Government has plans to clean up the newspaperâ€™s books because at the moment, it cannot even borrow owing to huge statutory debt the newspaper owes Zambia Revenue Authority and NAPSA.
He reiterated his directive to state-owned media not to accept adverts from government departments on credit.
He also urged all public media institutions to curb casualisation.
At ZNBC, Mr Kambwili said plans are under-way to either demolish the current structures and build new ones or modernise them in line with current trends.
Mr Kambwili urged private media institutions to remain professional and guard against tribalism, hate speech and defamation of citizens.