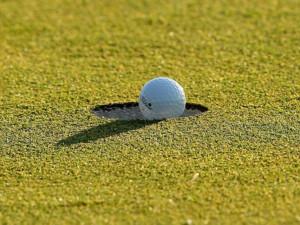 By BENEDICT TEMBO
IAN Ratnam signed off as Lusaka Golf Club captain with a successful captainâ€™s tankard tournament which attracted 220 golfers on Saturday.
Ratnam, who has served for two years, used the event to thank all the people and institutions he has been working with as he prepares to step down in a fortnight.
First, he called all the Lusaka Golf Club employees to the podium to thank them for having worked tirelessly to keep the countryâ€™s golf club in its current shape as members applauded for them and his gesture â€“ unprecedented in golf clubs.
Later, he honoured all members of the hardworking executive for the exemplary team work they exhibited during the last two years.
He later shared the podium with Gary Bowden, whose wife Clauden Angela Bowden died on August 20 last year from celebral aneuiism â€“ a week after having participated in the captainâ€™s tankard.
Some prizes â€“ donated by Bowden – were given out in honour of Angela whose photograph was displayed in her honour at the podium and handed out by lady captain Lorna Mwenda.
Pasinee Tomita who carded 38 points won the Angela Bowden trophy.
Paul Ngoma dominated the C Division with 36 points while Finance Bank marketing manager Chisha Sinyangweâ€™s resilience in the sport paid off by winning the B Division with 38 points as Gavin French scooped the A Division with 37 points.
The evening belonged to Jahaanvie Walia, the 14-year-old Chalo Trust School pupil who was the overall winner with 40 points.
Upcoming golf sensation Chungu Katai who had 37 points got a prize for his good showing.