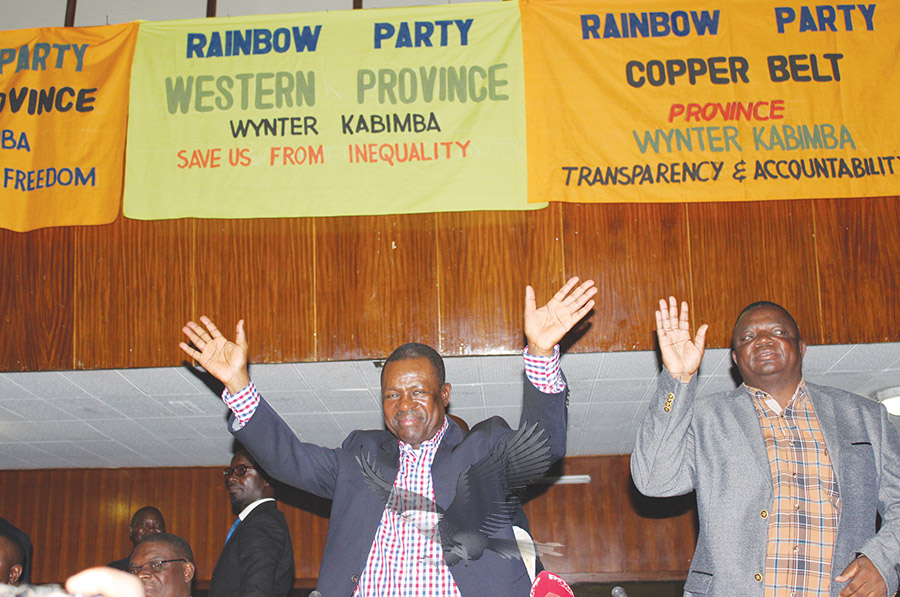 CHOMBA MUSIKA, Choma
THE Rainbow Party will next month hold the first national congress where its manifesto will be availed, national mobilisation coordinator Robert Chikwelete has said.
And Mr Chikwelete said if elected into office next year, the Rainbow Party will use the countryâ€™s human resource and skill to transform the lives of citizens.
Speaking in Choma on Friday during a provincial consultative meeting that attracted members and officials from 13 districts, Mr Chikwelete said the party is committed to convincing citizens with its non-racial and socialist ideologies aimed at improving the welfare of all citizens.
â€œWe shall soon hold a national congress in May that is where our manifesto, regalia and party symbol will be unveiled,â€ he said.
Mr Chikwelete said his party will transform the lives of citizens if elected into office in next yearâ€™s general elections.
â€œIt is the first party which is non-racial in character as it promotes the unity of all 73 ethnic groups and racial minorities in their diversity.
We would like to engage everyone in development and make use of the knowledge and skills available as we restore the dignity of our homeland and its people,â€ he said.
Mr Chikwelete urged his members to be disciplined and lead exemplary lives in order to attract and increase the party membership.
He also urged members to double their efforts in mobilising more members in readiness for the 2016 general election, which he said his party is confident of scooping.
Mr Chikwelete also claimed that the party has recruited 13,000 members in the province.