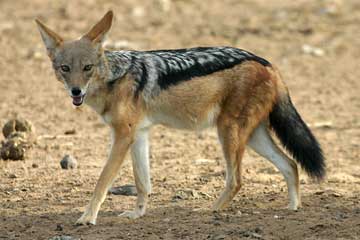 NKOMBO KACHEMBA, Kitwe
A 10-YEAR-OLD girl of Ndeke township in Mufulira has been bitten by a jackal which later died of suspected rabies.
Constance Bwalya was playing at home when the jackal attacked and bit her on the left leg.
Mufulira district veterinary officer Chindo Simwinga said in an interview that the incident happened on Wednesday around 07:00 hours.
â€œJackals have continued to terrorise some townships here in Mufulira and are attacking people. Just on Wednesday, a 10-year-old girl was bitten by a jackal,â€ Dr Simwinga said.
He said the girl has been put on anti-rabies post exposure treatment because the jackal which bit her later died on its own of suspected rabies.