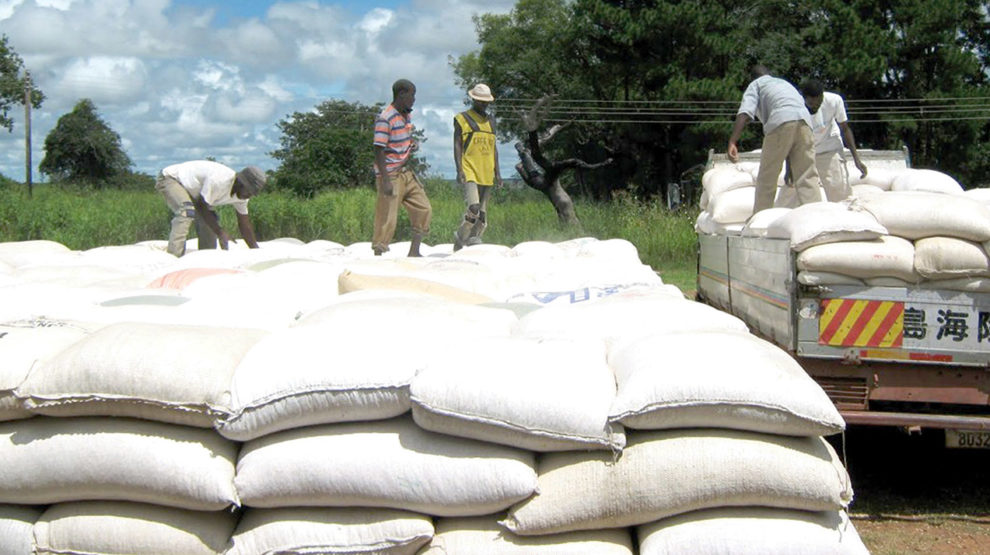 VICE-PRESIDENT Inonge Wina has been in Southern Province for an on the-spot-check of the flood and food situation there. She is somewhat concerned that relief is not always delivered as quickly as it should be.
Her call for quicker distribution of relief is apt, especially that the challenges are huge.
Floods cause a humanitarian crisis as people, crops and livestock are displaced while infrastructure is destroyed.
Southern Province is also one of the regions affected by the poor rains in the 2018-2019 rainy season. The Disaster Management and Mitigation Unit (DMMU) under the vice-president’s office has been active in the region distributing relief food as well as undertaking continuous assessment of the areas that require intervention.
Following the drought and prolonged dry spells, 2.3 million people have been rendered food-insecure and in need of assistance.
These are the people the DMMU is expected to prioritise through its interventions.
The assessment entailed establishing the degrees of hunger to ascertain levels of help required. All areas needing assistance were mapped.
While the duty of mapping disaster-prone areas is the responsibility of DMMU, it is at liberty to consult civic, traditional and religious leaders who know where the affected people.
It is these leaders who are best placed to advise the best means to deliver the relief food be it by road, air or water.
However, the DMMU seems to still have challenges, as the Vice-President’s tour has revealed.
Mrs Wina, who met several stakeholders during her tour of duty, wants the DMMU to devise other alternatives and effective means of distributing relief food.
This means that there has to be quicker communication and rapid response to meet vulnerable people’s needs.
A few days after the floods in Gwembe district, there was a video doing rounds of a citizen journalist complaining about the DMMU’s delayed response.
This is because Gwembe was virtually cut off from Monze district, where the residents get their supplies.
DMMU is expected to have rapid response teams wherever need arises. Such responses should surely not take more than a couple of hours. This is so considering that the high-risk areas are known, or should be known.
As it were, alerts are often issued on weather changes such as excessive rains. This should in turn put the DMMU on appropriate alert.
On relief food, Mrs Wina said some people in Kazungula district have not yet received relief food despite her office distributing relief food through DMMU.
This is unfortunate because any day, or even hour, that passes without food could have dire consequences for those in need of it.
Government has pledged that no one will die of hunger and so far this assurance has been so. This has been so because the food has been reaching the intended people in relatively good time. This must continue being so, if not even improved.
Mrs Wina acknowledged that there are challenges in the office of the District Commissioners because they may receive the food but how it gets to the beneficiaries in the communities is the responsibility of the councillors.
Government has received goodwill from international partners to ensure there is enough food taken to the affected populations.
For instance, the United Kingdom donated more than £1,000,000 towards the hunger crisis in Zambia.
The Department for International Development Zambia invited non-governmental organisations with capacity to deliver emergency drought response activities in the worst affected districts.
The United Nations World Food Programme (WFP) in December received US$3.39 million contribution from the United States Agency for International Development (USAID) to help meet the immediate food needs of drought-affected people in Zambia.
Through this funding, WFP has been delivering 2,380 metric tonnes of pulses to complement the Government’s maize for three months, giving 255,000 drought-affected people across the country the food and nutritional assistance they need.
About 1.1 million people are expected to receive WFP’s support, while the remaining 1.2 million will be assisted by Government and other partners with whom WFP is working.
WFP has been supporting Government’s response by delivering government-supplied maize meal, as well as by procuring and delivering pulses to ensure a nutrition-sensitive food basket.
WFP is also working closely with partners to monitor food distributions and guarantee that resources reach those most in need.
DMMU should also work through a network of local NGOs and community based organisations (CBOs) in the distribution of relief food as a way of expediting distribution to mitigate hunger.
There are also experienced NGOs in relief food distribution, such as the Programme Against Malnutrition, World Vision, Development Aid from People to People, Catholic Relief Services and Apostolic Relief Services, who can be called upon.
These community-based NGOs and CBOs have been providing support to vulnerable people throughout Zambia towards improving food and nutrition security and income generation.
There are global humanitarian standards that all nations should strive to adhere to when responding to humanitarian crises.
Zambia has generally been on top of the challenge, but these is need to ensure that this continues to be so.