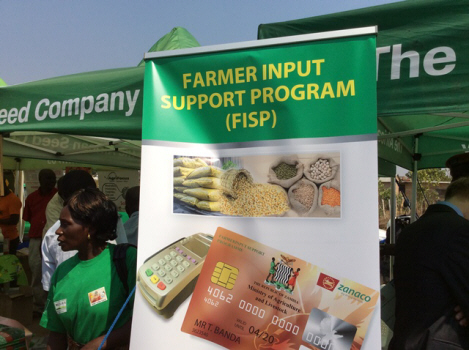 THAT over 7,700 civil servants had enlisted on the Farmer Input Support Programme(FISP) makes very sad reading.
It demonstrates the extent to which some civil servants, who have the capacity to buy fertiliser and other farming inputs, are ready to sabotage a well-intended government programme.
It is in public domain that FISP is a government-subsidy programme designed to help peasant farmers throughout the country access affordable agricultural inputs.
Under this arrangement, the targeted farmers contribute K400 while the Government contributes K1,700 towards the inputs.
FISP is one of Government’s several poverty reduction strategies, just like the cash transfer, among the many opportunities available for vulnerable people to be lifted out of poverty.
Civil servants are on payroll and can afford to buy the farm inputs.
So for them to invade a programme designed to transform the lives of the poor borders on greed.
It goes to show the lack of morals among some civil servants who are expected to be custodians of government policy.
As custodians of government policy, civil servants are expected to be good ambassadors all the time.
It is therefore surprising that they are doing the opposite of what they should be doing.
By enlisting themselves on FISP, they are not only stealing from the poor but depriving thousands who should have been on the programme but have been displaced.
Such behaviour amounts to defeating the relevance of the programme.
FISP is a good initiative but it is unfortunate that it is now being hijacked by public servants.
The policy initiative is good but it is thieving public servants who are making its implementation fail to achieve its intended goals.
However, let citizens not forget that systems are created by people and people will deliberately create weak or porous systems in order to abuse and exploit national resources.
FISP, just like the social cash transfer, may also fail to live up to the expectation of peasant farmers and poor people.
It is sad that the poor are being further downtrodden by these selfish public service workers who put their self-interest first ahead of national interest.
For the 7,000 civil servants, this is a clear case of robbery. It is abuse of office and daylight theft of public resources which may paint a bad picture on Government’s lack of integrity in dealing with national programmes.
It has negative impact on the poor Zambian peasant, who is meant to benefit from the initiative.
Where do the civil servants benefitting from FISP expect the peasant farmers to get their livelihood from in such a case?
This means death for them. The non-eligible people benefiting from the programme should be punished. The public service and law enforcement agencies need to do more to ensure that such does not happen at any level.
It is a daunting challenge to see individuals looting the country’s meagre resources with impunity.
These thieves must be exposed and punished so that they and others with similar intentions know that crimes will never go unpunished.
It would set a bad precedent if these civil servants are let go with a mere warning.  A slap on the wrist for such a serious matter would be unacceptable.
Punish them with the stiffest penalty possible.