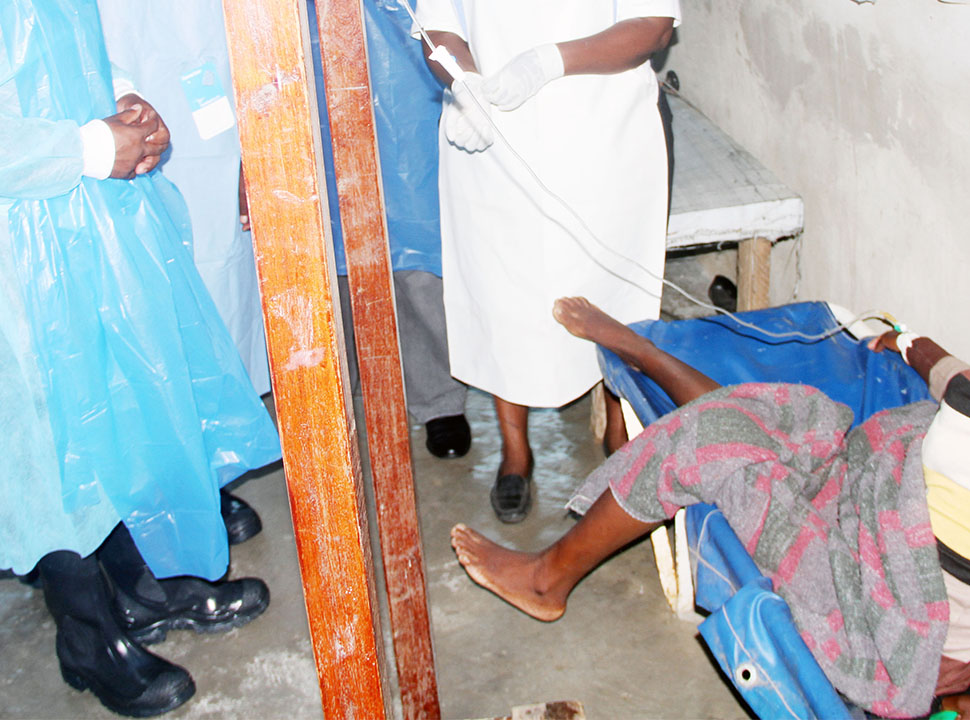 THE cholera figures continue on an upswing trend and at the rate they are rising, it is necessary to take drastic measures to curb the outbreak.
The increasing numbers mean that more resources in terms of finances, personnel, drugs and time, are now being spent to bring the numbers down.
It is in the wake of this development that the Lusaka City Council has banned public meetings in cholera-prone areas such as Kanyama and Bauleni, as a way of preventing the further spread of the disease.
Lusaka Mayor George Nyendwa made this announcement during a full council meeting yesterday. We commend the council for this wise decision.
From the time the outbreak was first reported slightly over a month ago, the council has been on full alert to implement measures that would stem the spread of cholera.
Among measures implemented are banning the sale of food in public places and now banning public meetings in Kanyama and Bauleni, the worst hit townships.
Cholera affects everyone and we should all see it from that point of view. The council is only seeking to safeguard the lives of residents by invoking its by-laws because it has a duty to do so. We can say, so far, that it has done well, despite the swelling numbers.
When such measures are implemented, they are for the good of all citizens and we should keep politics out of them.
Trying to politicise a cholera outbreak only takes away from the gains the LCC is making in fighting the highly contagious disease.
We should understand that such measures the council is taking are temporary. People will get back to their normal activities when the situation comes under control.
Failure to work in conjunction with directives like the one in place has been largely responsible for the spread of the disease. The nature of public gatherings is such that people are bound to share food, let alone have contact with each other.
A public gathering attracts people from different engagements and it is only proper that precautions are taken for the good of residents.
In a number of cases, cholera is spread when there is a failure by members of the public to observe simple rules of hygiene and we all know them because these are taught in school or at the clinic or even in our homes.
They are the basic rules one is expected to observe at any given time and much more so in the wake of a cholera outbreak.
While the LCC is doing its part, in conjunction with the medical personnel, residents are also expected to work alongside the local authority because together they are partners in the development of the city.
In view of the banning of public gatherings, let us see residents in the affected areas help the LCC by implementing the measure of avoiding public gatherings.
Let us also remember that the ban on the sale of food in the open is still in place. We all have a duty to prevent the spread of cholera.
For now, we should abide by the directive.