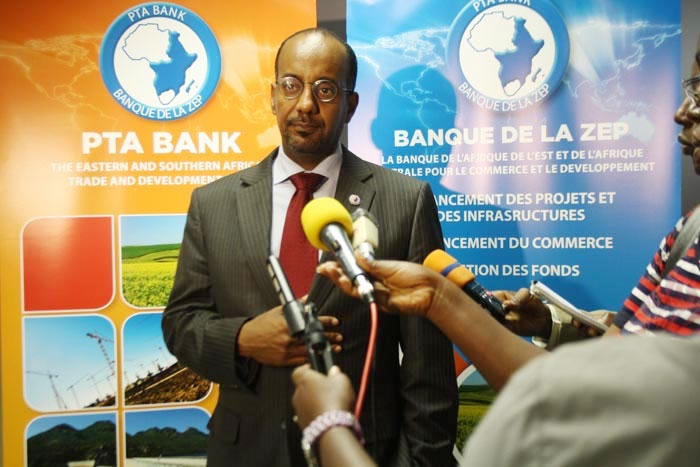 MARTIN MUSUNKA, Lusaka
THE PTA Bank has discharged all the guarantees that were staked for the loan contracted by Zambezi Portland Cement (ZPC) for the construction of the cement manufacturing plant in Ndola.
PTA Bank president Admassu Tadesse has confirmed that ZPC liquidated the loan and that the securities which were submitted to the bank had been discharged.
Mr Tadesse, who said the guarantees were discharged last year and presented to ZPC management, referred further queries to the bankâ€™s director of legal Premchand Mungar who could not be reached as his mobile phoned went unanswered.
ZPC managing director Antonio Ventriglia also confirmed that Mr Tadesse informed him when they met in Lusaka two weeks ago that, after liquidation of the loan by ZPC, the securities were discharged and were given to Finsbury Investments, which claims to be a shareholder of the cement company.
Mr Ventriglia, however, complained that the discharged guarantees were released to a wrong party â€“ Finsbury Investments â€“ saying the properties which were submitted to the PTA Bank were from the Ventriglias.
He said the legitimate owners of ZPC were himself and director Manuela Sebastiani who staked Ital Terrazzo properties, the cement plant and corporate guarantees which they signed for and it was a misnomer for the PTA Bank to release the securities to Finsbury Investments.
â€œWe are the ones who paid off the loan we got from the PTA Bank and the correct procedure is that, the guarantees should have been given to the company that got the loan and staked the guarantees, which in this case, is Zambezi Portland Cement. I had a meeting with the PTA Bank president Mr Tadesse who confirmed that the securities were released last year to Finsbury Investments, which is wrong,â€ Mr Ventriglia said.
Mr Tadesse said, as a bank, the securities were released to the management at ZPC at the time of discharging them which Mr Ventriglia said is a misdirection.
But Mr Ventriglia said he has instructed his lawyers to seek legal redress and ensure that the securities were given to the legitimate owners of ZPC.
Finsbury Investments chairperson Rajan Mahtani, when contacted for comment, referred all queries to the company lawyer John Sangwa who said he is being restrained from discussing the matter as the issues pertaining the cement company are in court.