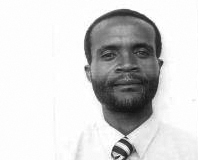 Analysis: BOB MUBANGA
AS A footballing nation, Zambia has seen a lot since the game was introduced during the colonial times.
Many know that soccer is one sport that can bring people together from different areas.
The country has been participating in major tournaments organised by the world football governing body, FIFA, ever since its affiliation, and won the Africa Cup of Nations (AfCON) in 2012.
Football has become dynamic and a lot of technology has been taking place in order to shape up the performance of both players and coaches.
One of the dynamics that has helped in bringing about change, especially in developed countries, is the investment aspect in areas such as equipment, good stadiums, and psychology.
Football psychology is the study of a person’s behaviour in football or sports-related activity.
It is a specialisation that seeks to understand psychological/mental factors that affect performance in sports, physical activity, and exercise.
It deals with increasing performance by managing emotions and minimising the psychological effects of injury and poor performance.
In Western countries, football psychology has become part of every team and country, no wonder their performance in the major tournaments like the World Cup is far much better than that of African teams. In this area, some of the most important skills taught are goal-setting, relaxation, visualisation, self-talk, concentration, confidence, attribution training, awareness and control. In this regard, research indicates that the most successful sports psychologists/ mental game coaches are those that evaluate each individual to determine their learning style and needs; then they develop a custom mental game plan.
Football mental game coaching focuses on the strengths of an athlete’s mental performance, physical abilities and mental preparation skills. A mental game coach (psychologist) helps the athlete expand his/her repertoire of mental skills to achieve more control over what happens during competition by having their mind and body in sync. This aspect helps the athlete to connect their mental skills and physical abilities to achieving the following: game awareness, focus, getting in the zone, performing under pressure and the fear of success and failure.
In Zambia we have a lot of talent, some of which has not been tapped. Our league is professional and meets international standards, but we may be lacking in one of the most important fields – engaging mental game coaches (football psychologists), who are expected to be attached to all the teams, including the national squad. Mental game coaches help players to perform well even when they are under pressure.
For instance, last year the Zambia under-20 participated in the World Cup where, at the quarter-final stage, they were ahead of the Germans. But they failed to ‘hold on’ and allowed their opponents to equalise. One could tell from that game that the Zambian players lacked the psychological aspect of the game.
In football psychology, confidence is critical and it’s expected that every player acquires self-confidence, the general belief in one’s ability to perform well and win a game or a belief in one’s ability to pass, run, tackle, and execute. However, players can get confidence from many sources, such as (1) past success, (2) experience, (3) performing well in the immediate past, (4) other persons, (5) practice, and (6) having a good support team. This confidence varies from person to person and from team to team.
Further, confidence in football calls for one to believe in his or her skills and physical talents. In this regard, for a team to succeed, there is need to have psychologists who are able to assess and understand the depth of every player’s ability to withstand massive pressure in any given game. Football psychologists psyche the players even on difficult situations, as was the case with the national team at the 2012 AfCON, where they played some game in the rain and came out with a draw. Staying confident is to battle one’s internal doubt, which is an important aspect for football psychologists.
Most football players would say that past success and experience in playing is the number one source of confidence today. One can tap into one’s success in the past to help them feel confident today. Patience is a form of confidence and this equally applies to football managers (coaches) as well as players because a patient player or coach is confident. The challenge in football is to stay patient when things are not going your way.
In order to enhance this important attribute, Zambian teams should consider engaging football psychologists. This may be an expensive venture, but if we can bring in stakeholders: individuals, organisations, and the Government, among others, then the dream of having great successes in our game shall be achieved.
The author is a local government specialist and social commentator. 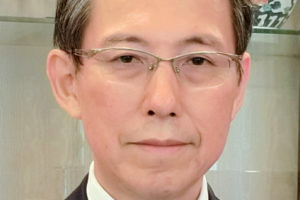