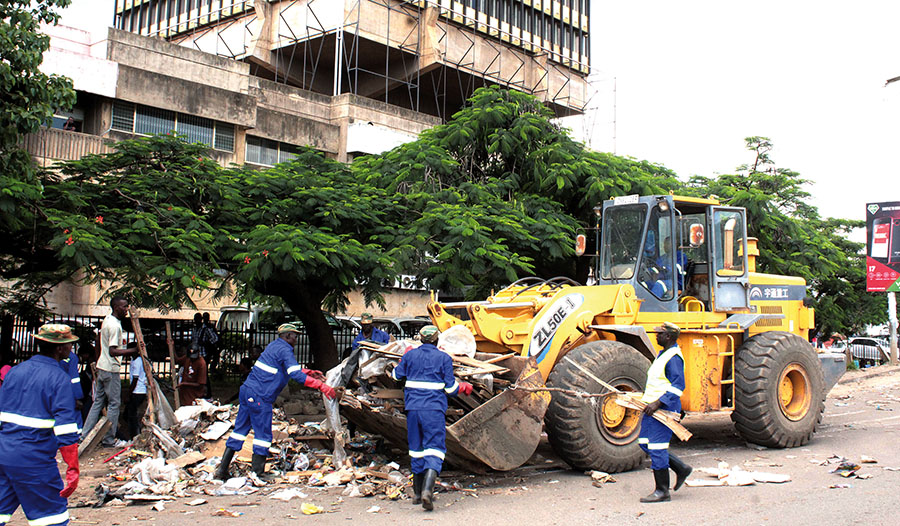 TORN APART with BOYD PHIRI
WHAT is cholera? Is it sexually transmitted? Will it come to an end before Valentine’s Day? Can one contract the disease by sharing a cigarette stub with a stranger on a road leading to Mazyopa compound?

Well, these are some of the questions people in the hood are asking about the pandemic, which has made men and women stop sleeping together at funerals.

I mean, Government has banned public gatherings, not even kachasu (local spirit) boozers in the hood are allowed to congregate in those dingy shebeens known in local parlance as ‘amai tilikuseli’ (madam, we’re in the backyard).
Schools won’t be opened until further notice, much to the excitement of some Grade Seven pupils who cannot spell the word diarrhoea.
As you are aware, the streets of the capital, Lusaka, have been swept clean with the help of men and women in uniform.
This is not to say that civilians in the hood don’t know how to sweep, the thing is, they accept to sweep public places when they are enlisted for a programme called ‘Food for work’.
Of course, food among hood-dwellers comes first, regardless of whether it is contaminated with the virus vibrio cholerae or not.
Obviously, some people in the hood would do anything to have food, even if it means sifting through garbage dumps to find leftovers.
Perhaps this is why most of them have not been willing to clear mountains of garbage, which have led to the spread of cholera in the hood.
To answer the first question, cholera is an infectious and often fatal viral disease of the small intestine, usually contracted from infected water supplies causing severe vomiting and diarrhoea.
In other words, cholera is a disease which causes the temporary closure of fast food outlets like Hungry Lion in the central business district of Lusaka.
No, sorry. What I meant to say is: Some fast food chains around town have not been spared by the vibrio cholerae virus.
To help you understand why you need to start thinking of opening Hungry Hyena, authorities issued a statement recently in which they said some food handlers at Hungry Lion may be coming from some squalid dens in the hood.
Now you know why cholera is no respector of fast food chain restaurants, whether Hungry Lion or Chibe Pakapaka restaurant in the hood.
You see, in the hood, some people live in order to eat, and when cholera sits on their food and drink, they blame the resultant misfortune on witches and wizards.
“Bana mulowa, anafa pambuyo podwala chabe pang’ono,” they would say, meaning, “they bewitched him, he died after a short illness.”
Worse still, cholera has given young couples in the hood reason not to invite their grandmothers to come and see their Christmas and New Year babies.
Perhaps the new parents on the block are obeying Government’s directive against public gatherings. How can authorities not stop public gatherings when cholera is now almost saying: “For where two or three are gathered together in the hood, I am there in the midst of them?”
So you can see why most landlords who rent out their midadada (communal residences) in the hood are equally worried about the spread of cholera. Unfortunately, they cannot avoid communal living, lest they lose out on rentals.
This is not to say that some tenants cannot opt out of life in such unclean conditions, the thing is, land ladies in mayadi (affluent communities) won’t allow anyone from the hood to contaminate their environment.
If anything, the housewife in mayadi is on high alert to ensure that the man of the house does not hook up with sex workers from the hood, lest he brings cholera to the tidy matrimonial home to spoil plans for Valentine’s Day next month.
But with accusations and counter-accusations between people from the hood and those in affluent areas over the source of cholera, it is difficult to know for certain what is causing the pandemic every year.
I guess hood-dwellers won’t find reason to propose for a National Cholera Day to remind themselves of the time when they were starved of opaque chibuku beer after the temporary shut-down of taverns because of the disease.
I know there is World Toilet Day, when, for once, the pit latrine is spoken of with adoration for being there for someone in the hood after overeating contaminated food. But National Cholera Day would be something else, what with the perennial occurrence of the disease.
Nevertheless, if you care at all about cholera in the hood, don’t wait for the food for work programme to get involved in clearing garbage in your surroundings.
However, President Lungu has set the tone for a culture of cleanliness by directing security wings to spearhead the cleaning of garbage and ensuring that people drink clean water.
As a preventive measure, we need to always clean our surroundings in the hood. Remember, cholera is not sexually transmitted, and it is unlikely to end before Valentine’s Day.
bjboydphiri@yahoo.com