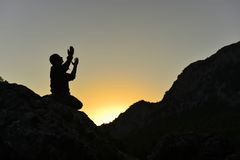 MIKE MUGALA
Lusaka
TIRED of being denied sex by his wife allegedly on the instructions of her prophet, a man has decided to forgo his conjugal rights by divorcing her.
Claver Simoonga told the court that his wife, Maureen Macha, 38, of Kabanana, has been denying him his conjugal rights from July.
He told the court that a prophet instructed her not to have sex with him because she was pregnant by the Holy Spirit.
The couple got married in 1990 and has two children together.
“Problems in our marriage started in 2018 when my wife started going to some prophet who told her that she should not be sleeping with me on the pretext that she was pregnant by the Holy Spirit. My wife stopped performing her duties and started listening to the prophet more than me,” Simoonga said.
He said Macha used to tell him that she needed to consult the prophet every time he asked for sex from her. CLICK