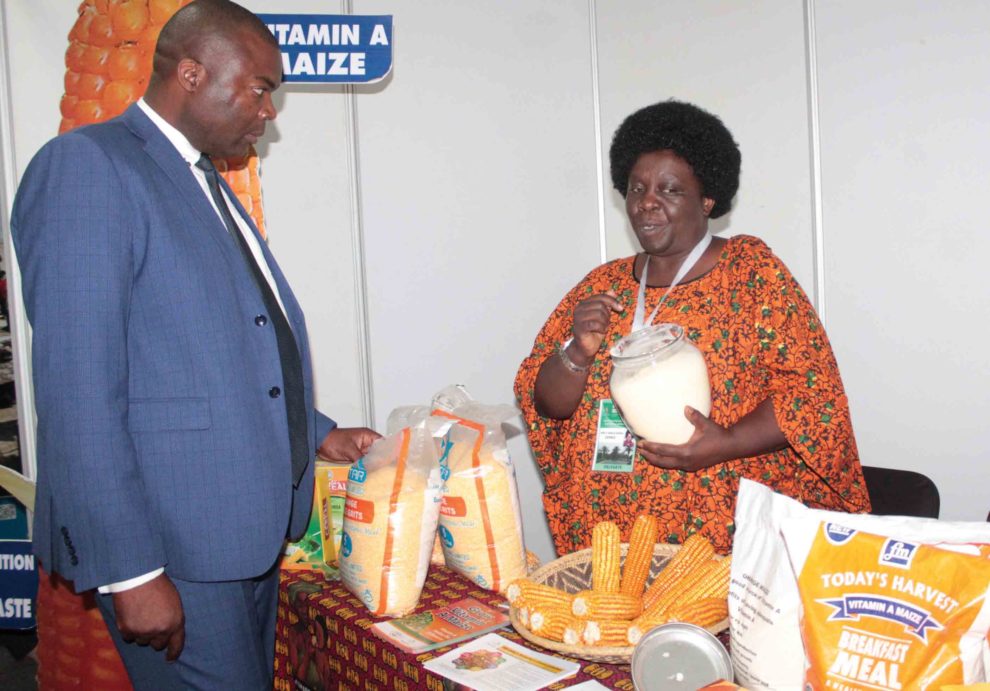 NKOLE NKOLE, Lusaka
AGRICULTURE is closely tied to food and likewise food is tied to health.There are noted agricultural practices that Zambia can employ to improve food and nutrition security in the country which eventually trails down to one’s daily diet.
For food and nutrition security to exist, interventions that are agriculture and food systems-based must be applied starting from the crops grown in a farmer’s field.
Some of these interventions were highlighted during the recently held National Food and Nutrition Summit in Lusaka.
It is recommended, for instance, that food should be diversified for children, mothers and all vulnerable people.
“Diversified food is particularly important because in Zambia there are quite a lot of macro-nutrient deficiencies like vitamin A and iron deficiencies which can be resolved by following a diversified diet,” Food and Agriculture Organisation (FAO) nutrition officer Mercy Chikoko explains.
Dr Chikoko says Zambia has done some good work in the promotion of diversification of food production and in ensuring that there is nutrient retainment in the way food is processed and produced, but what is most critical is to change behaviours.
While the food may be available, Dr Chikoko says, people have to know and be able to make choices in terms of picking a diversified diet. They must specifically choose foods like fruits and vegetables and also increase their consumption of legumes as well as some meats, especially for people in rural areas.
In terms of protein, which is important for the growth of children and also for mothers that are expecting, the daily amounts required are fairly manageable. For instance, an egg a day or a cup of milk would make a big difference in the health of a child.
UNICEF Zambia deputy representative, Shadrack Omol, notes that Zambia’s minimum acceptable diet for children presently stands at 10.5 percent and if left to persist could leave the country struggling to reduce its present 40 percent stunting levels.
Some of the approaches that UNICEF is recommending in terms of improving the diet of children pertain to actions happening at household level while looking at an enabling environment which ensures that all sectors of society are playing their role to improve the diet of young children.
“Two out of five children in Zambia are malnourished and what this means is that their brain and physical development as well is compromised. Without tackling malnutrition, Zambia cannot meet its food potential which makes the first 1,000 days, of life, from conception up to the age of three, critical,” Dr Omol says.
Dr Omol echoes Dr Chikoko’s sentiments by pointing out that diet is one of the most crucial factors in addressing the issue of malnutrition. Children in Zambia need not just enough food but the right food to be able to start their development journey in life.
Beyond the food, the nurturing and caregiving of children must also be taken into account. Mothers need to spend enough time with their children so that malnutrition does not keep recurring.
“We know there have been policies put up such as the Seventh National Development Plan, which recognises the need for human development. There is work that has been done, which is positive, but we need to do more so that programmes at national and international level can interconnect,” Dr Omol says.
He referenced the 1000 Most Critical Days Programme (MCDP) which was previously implemented in 40 districts countrywide. Phase two of the programme, launched during the summit, targets to reach 110 districts. Mr Omol says UNICEF sees this as a positive effort along with the proposition that all ministries in Zambia demonstrate the nutrition component of their budgets going forward.
“These are the positive steps that need to be encouraged to ensure that every Zambian child who is growing has got a nutritious start in life,” he says.
Indaba Agricultural Policy Research Institute (IAPRI) has considered the different strategies in the last 50 years that Government and non-governmental organisations (NGOs) have been implementing to address the challenge of malnutrition in Zambia and also food insecurity.
IAPRI senior research fellow and head of research on agriculture, food security and nutrition, Rhoda Mofya- Mukuka, shed light on nutrition- sensitive-interventions like food production interventions and government agricultural policies that date back to the 1950s up to the present.
After independence there was a lot of focus on maize production as a strategy to provide food especially for the growing urban population in the mining townships.
Later, with the liberalisation of the economy, price controls and subsidies were removed but some of those policies were reversed due to the 1994 drought.
“Looking at the current Seventh National Development Plan, we see that nutrition focus has been increasing compared to the past. Right now we have seen a slight reduction in the levels of malnutrition but at the present rate I don’t think we can achieve zero rate by 2030 according to the Sustainable Development Goals,” Dr Mukuka explains.
She notes that there have been a lot of policies on fortification, vitamin A supplementation and recently the bio-fortification of orange maize and orange sweet potatoes.
“With the efforts, I think we’re on the right track and we wait to see how the results will be this year and whether stunting will reduce significantly from the current 40 percent when we have the Zambia Demographic Health Survey,” she says.