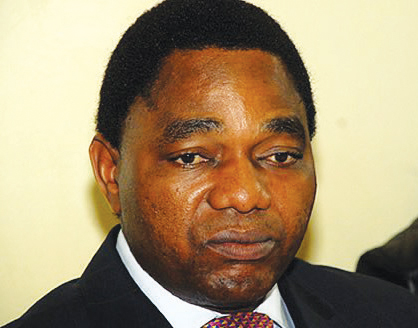 CHOMBA MUSIKA, Lusaka
A ZAMBIAN has asked the Constitutional Court to investigate whether or not United Party for National Development (UPND) president Hakainde Hichilema was in contempt of court when he issued statements attacking the Judiciary.Henry Chilombo of Mushingashi Primary School in Lufwanyama said that in September last year, Mr Hichilema, while on a visit in South Africa, accused the Judiciary of corruption.
Mr Chilombo said Mr Hichilema accused the Judiciary of being under the control of the President.
He said Mr Hichilema, in the company of South Africa’s Democratic Alliance leader Mmusa Maimane, alleged that the Judiciary in Zambia is controlled by the Executive.http://epaper.daily-mail.co.zm/