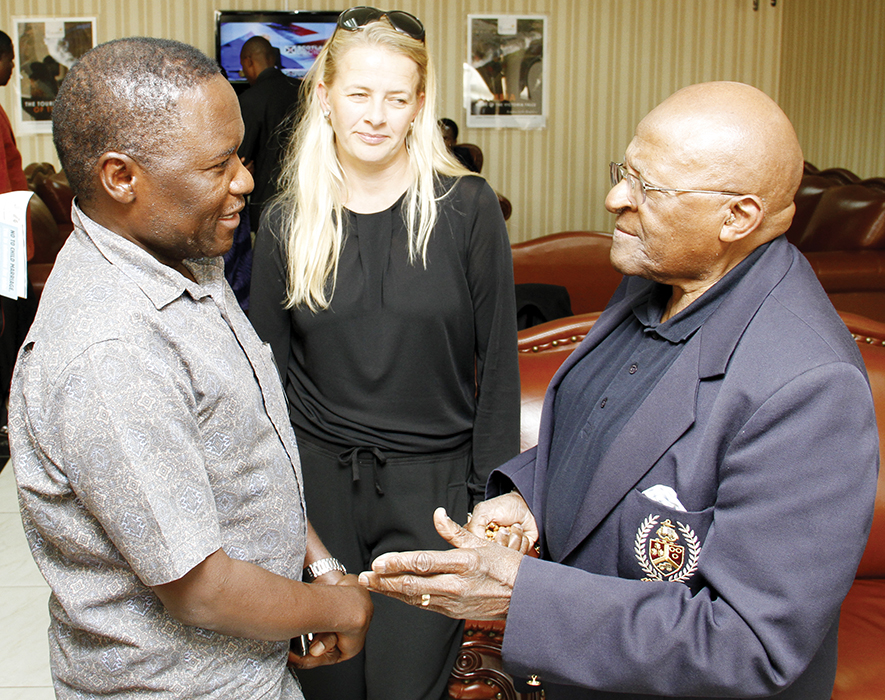 By VIOLET MENGO
NOBEL Peace Prize laureate Archbishop Desmond Tutu is optimistic that Zambiaâ€™s campaign against child marriages will translate into a national plan to guide the country on how to fight the vice.
Archbishop Tutu said this on arrival at Kenneth Kaunda International Airport in Lusaka yesterday.
â€œIt is a privilege to be able to come to Zambia and I am thrilled to be here. We want to share and learn from yourselves because we know that there are many stakeholders involved in the fight against child marriage such as traditional leaders, various denominations and communities,â€ Archbishop Tutu said.
He said he is visiting Zambia to learn about effective methods to address child marriage.
Archbishop Tutu,Â  who is the founding member ofÂ  The Elders, a group of eminent global leaders brought together by former South African President Nelson Mandela to promote peace and human rights,Â  said it is frightening that the number of girls being married off has kept increasing.
â€œIt is frightening that when we started three to four years ago, we were speaking of about 10 million girls being married off globally in a year, the figure has since increased to 15 million girls per year,â€ he said.
Archbishop Tutu said this translates into a girl under the age of 18 getting married off every second and others as young as 13 years old.
He called for more efforts in the fight against child marriage.
He said the visit is also aimed at engaging with various groups that are campaigning against child marriage and hoped that this will translate into a national plan to deal with the vice.
â€œI said when we started that I would approach this question of child marriage with the same passion which I engaged in our anti-apartheid struggle because I think it has the same limiting consequences for so many of those children,â€ Archbishop Tutu said.
And Girls Not Brides chairperson Mabel van Oranje said Zambia has one of the highest rates of child marriages in the world.
â€œIt is amongst 20 countries with the highest rates of child marriage, but we also know the country has been doing a lot to fight child marriages.
â€œWe also want to learn what more can be done to make sure that every girl who is born and growing up in Zambia can stay out of marriage until she is 18 years old,â€ she said.