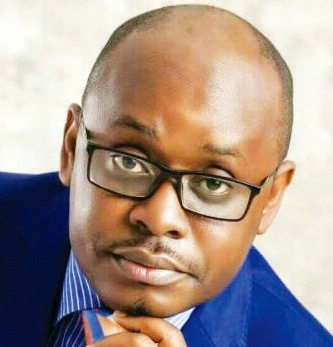 Analysis: SUNDAY CHANDA
THE hike in fuel prices is a bitter pill to swallow given the ripple effect it’s bound to have on the prices of goods and services.
Everybody and everything gets affected by fuel hikes and we empathise with commuters and small and medium entrepreneurs just as we empathise with retailers, the manufacturing industry and the ordinary Zambians.
Sadly, the hike has been caused by a combination of both avoidable and unavoidable factors.
The unavoidable external factors, which absolutely nobody in our nation has control of, include the increase in crude oil prices on the global market.
What makes the price increase even more painful is that it has to a large extent been caused by the depreciation of our Kwacha, which has been the casualty of locally generated negative reports and fake news about the economic stability of our country.
Of course international factors behind the increase include the fact that Zambia imports both crude oil and finished products at a price set at the international level, including importation costs such as shipping.
Further, international media reports that what further contributed to the current trend was the increase in the price of crude oil, which went up from US$74.25 to US$78.25 per barrel.
The main contributing factors were the unwillingness by the Organisation of Petroleum Exporting Countries (OPEC) to increase their production outputs and negative impact of the hurricanes on petroleum infrastructure in the USA during the period under review.
Furthermore, the looming sanctions against Iran oil exports by the USA will put more pressure on the crude oil price.
Rather than speaking life, a few high-profile Zambians contrived a chamber of cynicism, which has constantly been churning out negative vibrations of doom and gloom about our country.
The negativity has brought pressure on our currency and, ultimately, all fuel tanks.
It is, however, also important to note that the global hike in crude prices has affected many other countries, including South Africa and Uganda, which have also increased pump prices by very significant margins.
A South African Department of Energy official cited “Economic reasons” for fuel price increases such as “The rand depreciating against the US dollar”.
For us in Zambia, there are short to mid-term and long-term solutions to tackle fuel issues.
While it cannot be disputed that the country in August received the much talked-about cheaper oil from Saudi Arabia, it must be noted that the consignment had a modest effect on the appetite of the market.
The long-term solution is for us to find ways of attaining fairly reasonable control in terms of stock and pricing.
That is the reason Government is passionately supporting the ongoing oil and gas explorations in Northern and Luapula provinces by Britain’s Tullow Exploration Company.
In the meantime, our Kwacha has already started showing recovery from the shock it has been exposed to.
In order to further stimulate its convalescing to the levels it was before, it is imperative for all Zambians, regardless of one’s political affiliation, to speak life and positivity about our nation.
The Kwacha will then respond and pump prices will follow suit.
As the Kwacha appreciates, we expect to see fuel pump prices drop. We saw that happen in the last few years.
The author is Patriotic Front media director.