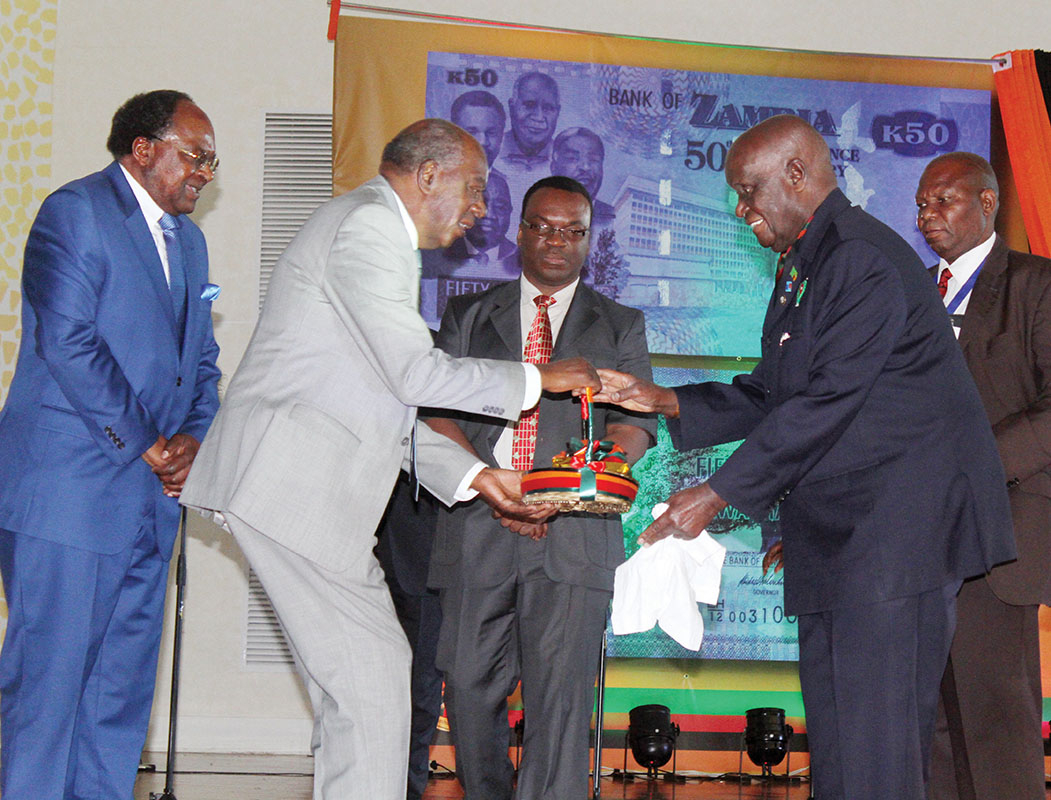 ANGELA CHISHIMBA, Lusaka
THE Bank of Zambia (BoZ) has unveiled a 50th Independence Anniversary K50 commemorative banknote bearing portraits of former Presidents and the current Head of State.
Minister of Finance Alexander Chikwanda launched the note in Lusaka yesterday as Zambiaâ€™s tribute to founding President Kenneth Kaunda, former presidents Frederick Chiluba, Levy Mwanawasa and Rupiah Banda, and the incumbent President Sata for their visionary leadership which has united the country.
â€œThe K50 commemorative banknote, unlike previous commemorative coins which the Bank of Zambia issued to celebrate various historical events, will circulate side by side with the current K50 note,â€ he said.
Mr Chikwanda said the commemorative banknote bears the same features as the currently circulating K50 banknote except for the portraits of the five heads of state and the â€œ50th Independence Anniversaryâ€ wording.
And BoZ governor Michael Gondwe noted that this is the first time a commemorative banknote is being circulated as legal tender in the country.
Dr Gondwe said printing and minting of banknotes and coins is a global phenomenon that is done to preserve important events.
Dr Kaunda was grateful for the honour bestowed on him and urged Zambians to continue to build the nation together using the â€œOne Zambia, One Nationâ€ motto.
Mr Banda, who was touched by the gesture, urged Zambians to maintain peace, love and unity.
Representing late President Chiluba, his widow Regina Chiluba said it was a great gesture for the government to recognise her husbandâ€™s contribution to Zambia.
â€œI would like to congratulate Zambians for being peaceful. My late husband would have been happy,â€ she said.
And representing late President Mwanawasa, his widow, Maureen, thanked Government for recognising the role her husband played in the development of the country.